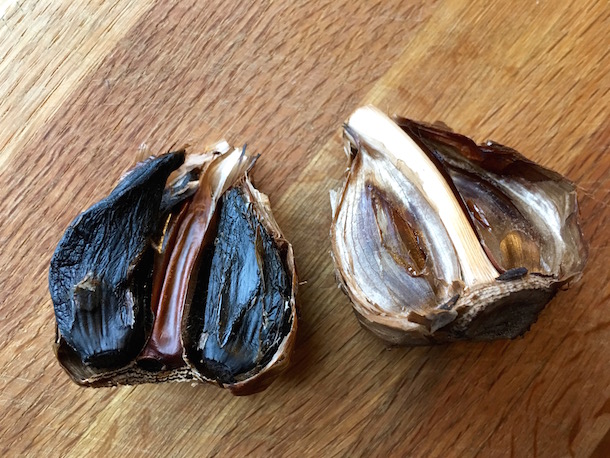 During a catering week last summer I was driving through my neighborhood and saw a Yard Sale sign in a yard I’ve always noticed and thought looked interesting, with curious fencing and attentive gardening. So though I was mid-errand I stopped in and had the pleasure of great conversation with my new friend Bill about wool, yarn, Navajo jewelry, and more.

The visiting then made its way around to food (doesn’t it always?) and names, he then exclaimed that he knew who I was and he read my blog (that was fun!). He wondered if I had tried Black Garlic, and that he was producing it if I ever needed any for catering. After a little more verbal exchange he disappeared inside his house and came out with a gift of his own Black Garlic. What a treat! 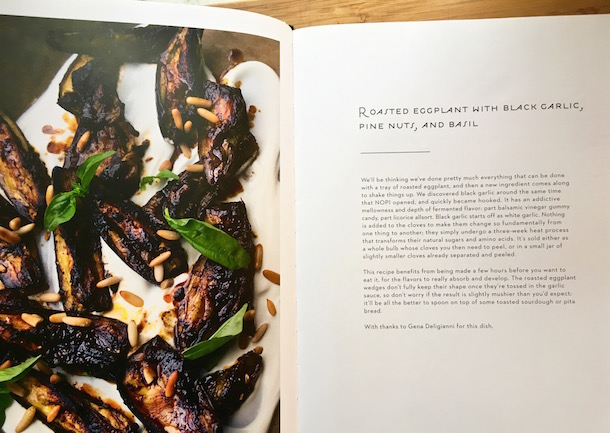 Later that week I opened my then new NOPI cookbook and the first recipe was none other than a Black Garlic highlight with eggplant. A few days after that when looking through Deborah Madison’s Vegetable Literacy this little mashed potato treat with black garlic jumped out at me. Black garlic has been rapidly making its rounds in the cheffy world, and with good reason for what it adds to any dish. 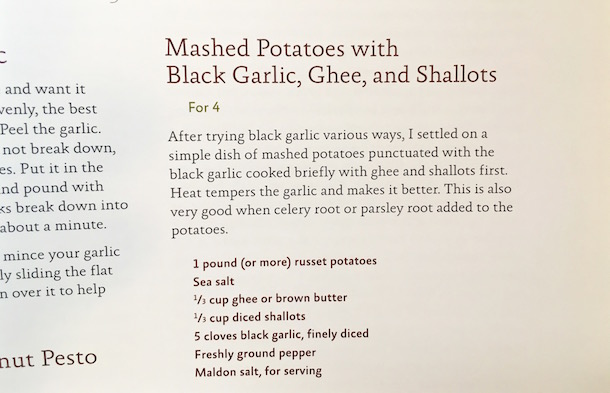 What is the term when you learn a word or hear about something, then you hear or see it everywhere?

“Baader-Meinhof is the phenomenon where one happens upon some obscure piece of information– often an unfamiliar word or name– and soon afterwards encounters the same subject again, often repeatedly. “

I realize that Black Garlic is not obscure in the food world, but it still was a fun week of stumbling upon it everywhere. More of that serendipity is out there if we just take the time to notice it. 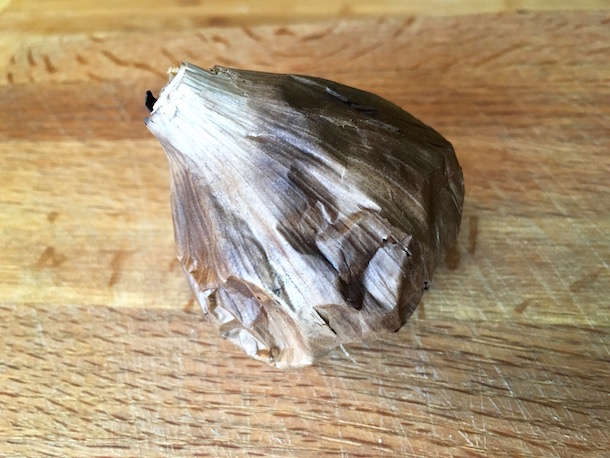 Black Garlic is garlic that has been fermented in a controlled environment at high temperature and humidity. Words that have been used to describe it, “earthy, date-like, prune, hints of balsamic and tamarind, licorice, molasses, mellow…”. The sharpness is gone, and you’re left with a chewy Mega-umami nugget to make everything better. It has been used in parts of Asia for medicinal purposes, rich with amino acids with twice the antioxidants of raw garlic (that’s saying something) but without the odor.

A few ways to use Black Garlic:

Beauty in O’Hare Airport Terminal 5: Colette Miller of the Global Angel Wings Project, reminding humanity that we are all angels of this earth. People stand between the wings for powerful images, check out photos on her site. 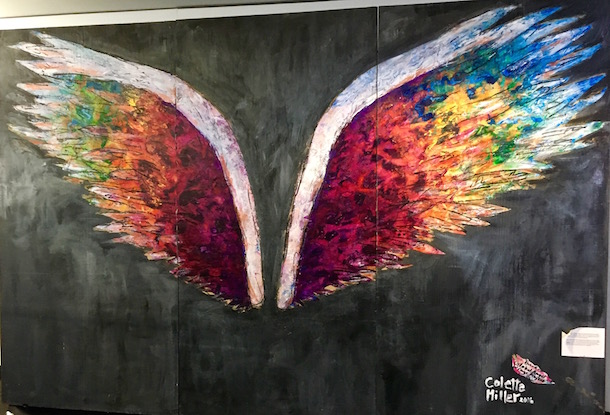 “In such ugly times, the only true protest is beauty.”