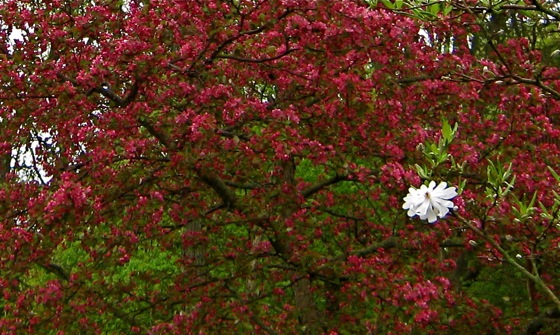 For many years in my restaurant life I rarely made soups.  Life was about working “The Line”: prepping and pureeing and sautéing and grilling and assembling and plating and decorating.  But then I moved to a slower life.   It did not include ‘cuisine’ or ‘dinner before the theater’ or figuring out ways to use sea urchins.  This new life was about Good Food for The People.

I was called to develop a fledgling Deli, and there soup became an obsession for me.

Soups were a way for people in a hurry (or not in a hurry) to have a healthy lunch that would not break their pocketbook.  Soups were a way to provide self-serve hot food any time of the day when there was no staff to serve it.  Soups became a staple of the Deli and a signature item for the store.  So I searched both books and brain for fun ideas.  I set aside elaborate, and searched for soups that could translate to hearty and satisfying, fun and inexpensive. 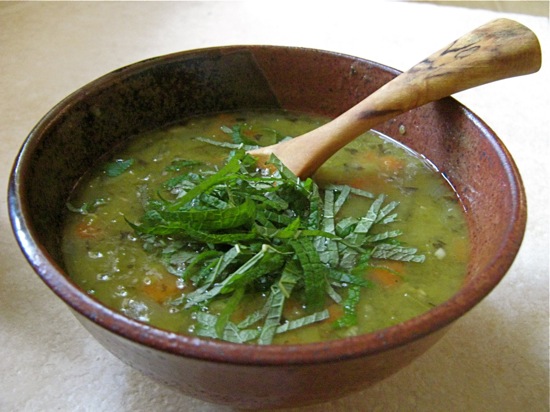 I have since heard stories about how people loved the soups— college students eating comfort food once in a while, people that fed their dying mothers on it, stories of how they were sustained.   What more could a cook hope for than to hear that their creations helped to nourish and inspire??   Moving and gratifying. 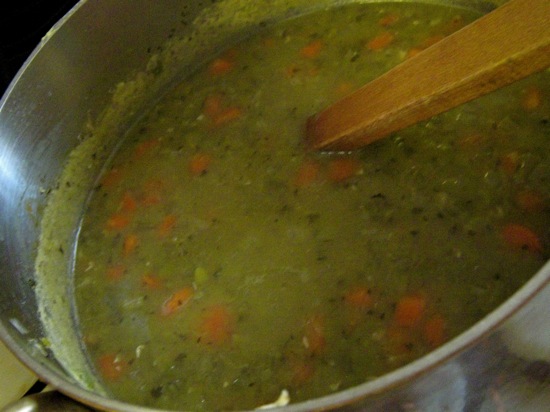 It ain’t pretty!  But it is tasty.

Split peas…some people love them, some people don’t love them.  There are both green and yellow varieties of split peas, all of them high in protein and fiber and low in fat.  The Vegetarian in Paradise site gives a background of the pea and also this tidbit of history that I paraphrase below:

If you were a fifteenth century Brit, a main source of your protein might be from peas.  You would cook them for supper with whatever vegetables were on hand, then the fire would go out during the night and in the morning you would eat the cold porridge for breakfast.  Then at night add more vegetables…it was not a stretch to imagine a porridge that was nine days old.  Hmm, that could prove to be very interesting… 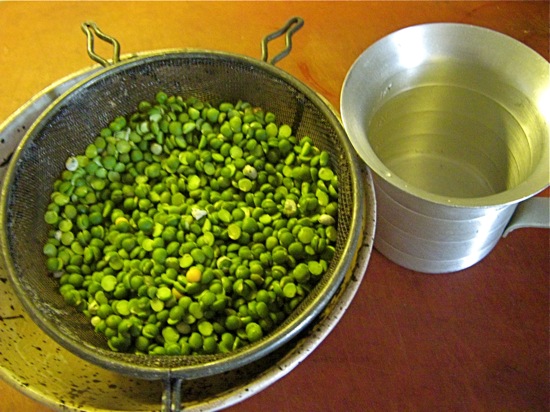 Rinsing the legumes helps to wash away dust as well as some of the indigestible sugars.  Peas cook quickly so you don’t have to soak them, but “they” say that all legumes are easier to digest if you soak them first and discard the soaking water, using fresh water for the soup. 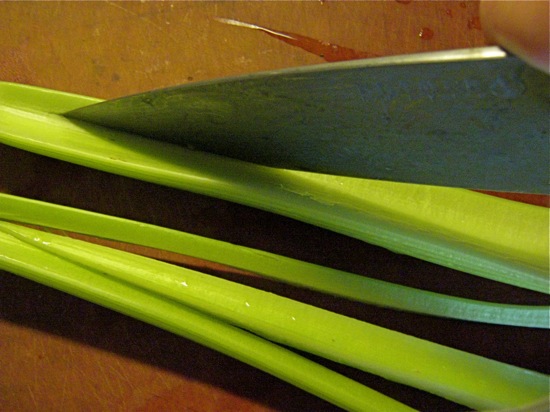 Slice down the middle of the celery stalks before chopping them to create a smaller dice.

If the dried split peas have been sitting on a shelf for ages you should count on a longer cooking time.. 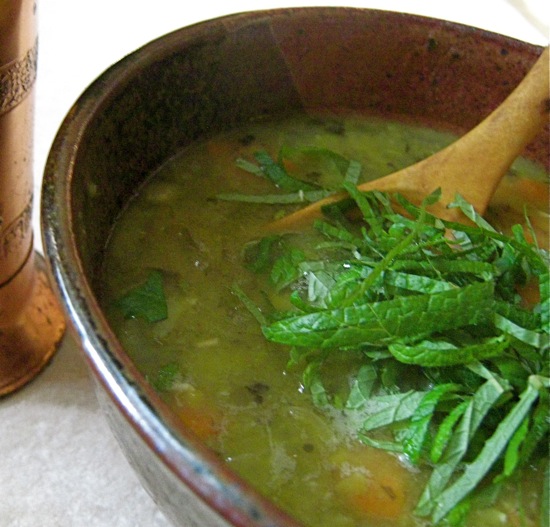 I stumbled across the mixture of mint and split peas in an Ayurvedic cook book, and adapted it to fit.

Right now the mint sprigs are starting to flourish outside, so this seemed like an appropriate dish for the season.

Add to a heavy soup pot:

Simmer until split peas are soft and entirely cooked, one and a half or two hours.

Add at the end:

The first photo is by Scott of the full bloom in the Midwest.

This one is also by him of some very cute paws. 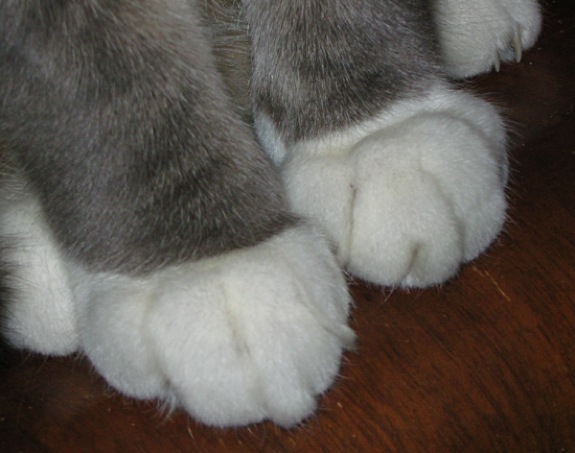