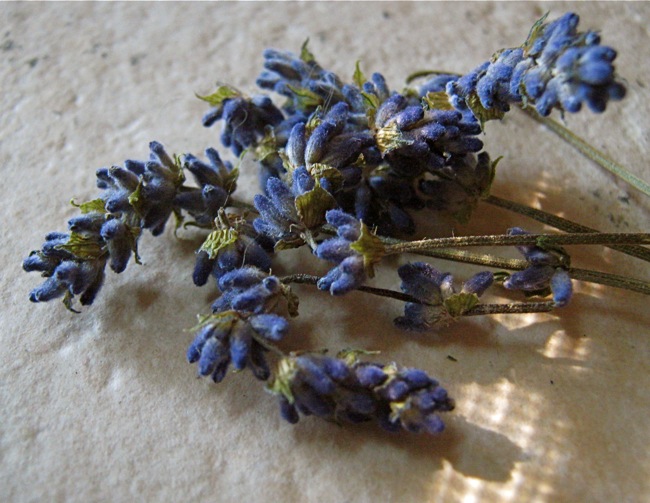 Lavender, a Wonder Plant of the herbal world.

The name lavender is from the Latin word ‘lavare’ which means to wash—it was a common Roman practice to use lavender in public baths.  Lavender has been used in healing remedies for ages, but if you need a more Western confirmation of the properties the following is from the University of Maryland’s Medical Center:
.

“this herb has been used as a remedy for a range of ailments from insomnia and anxiety to depression and fatigue.  Research has confirmed that lavender produces slight calming, soothing, and sedative effects when its scent is inhaled….(and) is also being studied for antibacterial and antiviral properties…”

.
Refreshing AND medicinal!
.
More about lavender: Livestrong.com and if you want even more, try Botanical.com
. 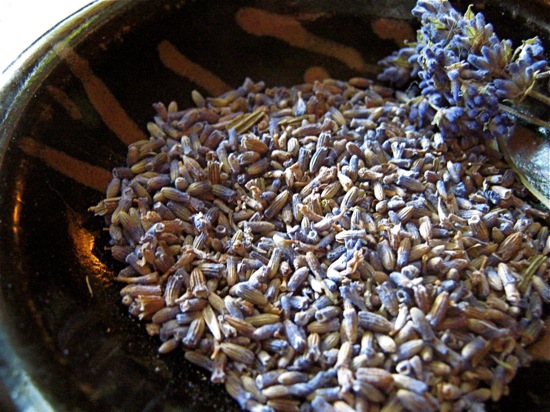 You can purchase dried lavender flowers

online or at specialty food stores.

The dried flowers are also a colorful and lively addition to desserts—I often sprinkle them on top of frosted brownies, or dip skewers of dried fruit into melted chocolate then roll them in the little purple buds. 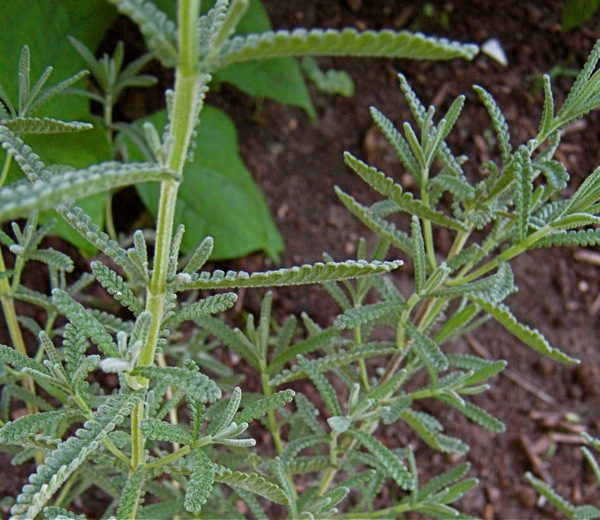 Note of Caution:  Use UNSPRAYED flowers only!  Do not use any fresh flower from a floral shop for consumption—they are loaded with pesticides and other non-edible additives.

The greenery in this photo is a sprig of lavender from the garden, but the flower is is not a lavender flower.  It is a Bachelor Button that was in bloom and that color was so lavender-like I had to use it (my tomatoes are eclipsing the sun from my lavender plant, so I don’t know if it will ever bloom…I didn’t think the tomatoes would grow to be THAT monstrous).

You can also pull the petals off of Bachelor Buttons and add them to your green salad—check out more about Edible Flowers. 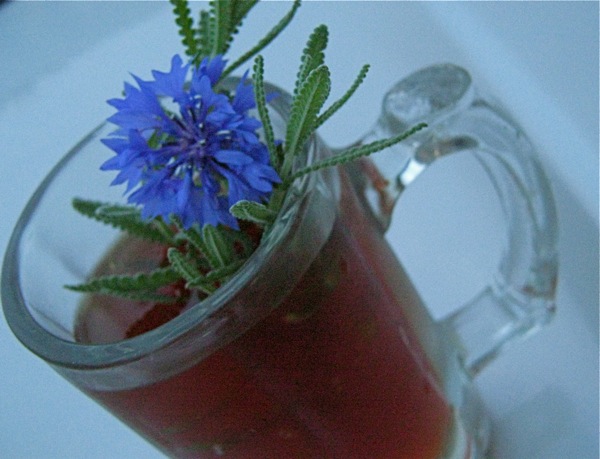 Lavender Black Iced Tea was a suggestion given to me by a bride for her wedding.  I thought it was a fabulous idea…we are in the heat of summer so iced black tea sounds great to me, and the addition of tangy floral twist would be refreshing.

I was planning on making a simple mixture of black tea and dried lavender flowers, but upon searching for ideas I found some other interesting mixtures:

For this recipe I steeped the lavender and black tea separately, but I generally like strongly steeped tea so next time I may try them together.  Next time I will let the lavender simmer for a few minutes, then turn off the heat and add the black tea to steep for another 10 minutes.

I would also imagine you could add everything to a glass jar and make a sun tea.

Prep Time: 15 minutes to make, a few hours to chill

Heat in a saucepan:

Simmer for 2-4 minutes and turn off heat.

Remove from heat and let steep for 10 minutes.

Boil in a saucepan:

Turn off heat, cover, and let steep for 5-6 minutes.

Mix the black tea with the lavender water.

This is a brick patio that Scott built—a great location for drinking Lavender Iced Tea! 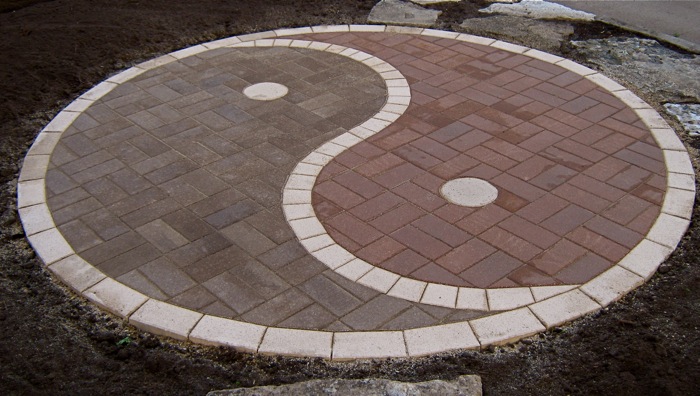