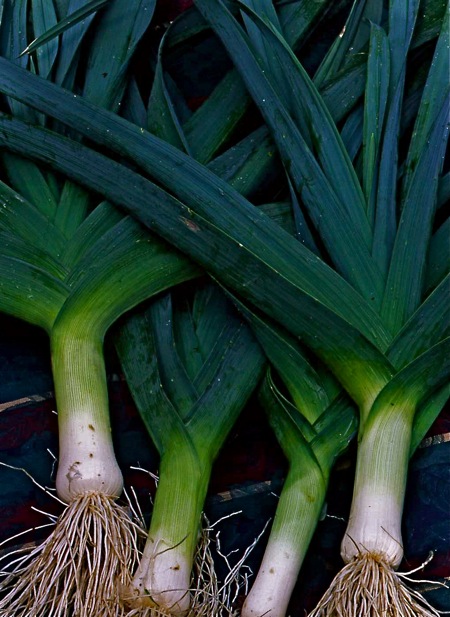 This is part one of a Love Story of Leeks.

I sometimes refer to my Helpers, my crew, the band of ingredients that are my secret weapons.  Friends I can turn to when something isn’t right—if a sauce is bland, or too bright, or if it has no base flavor—I consult my arsenal of Superheroes.  I have a page with the Helpers List but they need more explanation.  Just like the DC Comics making the movies of the individual superheroes before introducing The Avengers as a group, I’ll try and take these one at a time.

The Lovely Leek has at least two Superpowers.

Flavor is the first Superpower.

It will make everything savory taste better.  My friend Don used to say that butter made everything better, but I would say the same for leeks.  It is of the onion family so it increases the base and provides depth to whatever you are making.

Creamy mouthfeel is the second Superpower.

Mouthfeel.  A consistency that, when just right, can induce swooning.  Sometimes our cravings are not just for a flavor, but a texture on the tongue.  Pureed leeks make the leap from being a vegetable to magically transforming into cream and butter.   Transmutation or something beyond my science, your tongue may be fooled that this light green froth came from the udder of somebody’s mudder.

Ways to use leeks

Here are a couple of sites: Simple Bites gives a few preperation tips, and  World’s Healthiest Foods has more information than you’ll want.

I could gush on, but now it’s on to the potatoes…. 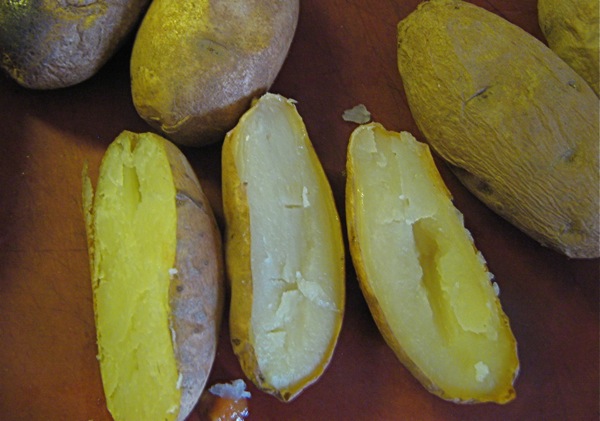 Rules of Thumb for Mashed Potatoes

Then the Two become One. 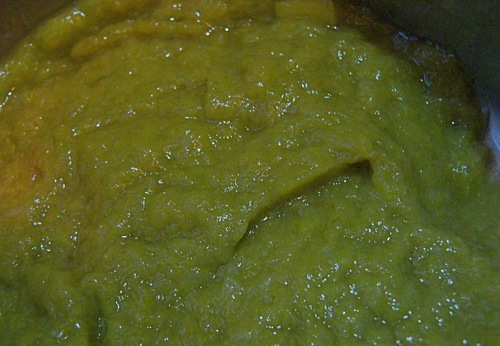 Green Goo from an alien invasion??  Bizarre looking though it may be, it’s tasty.

Adding the pureed leeks to mashed potatoes helps them feel creamy without the cream so my dairy free friends can carbo-load along with the rest of us.   Don’t stop here—try the leek puree in soups and sauces.   Use it like a cream sauce and see what happens. 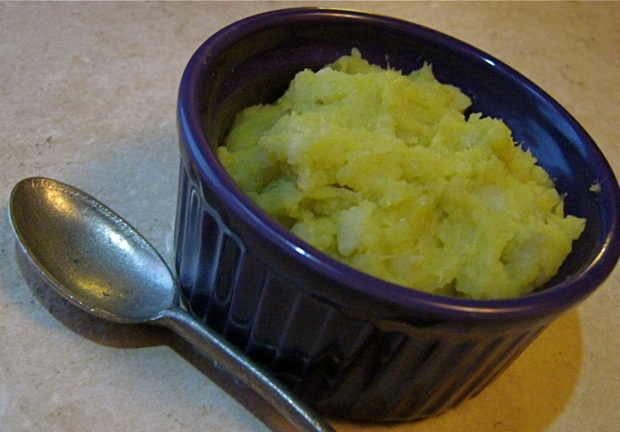 Nutritional yeast adds a base flavor that gives it a buttery-ness, and boosts the protein and B vitamin content.  It’s another of my Superhero Helpers.

I also love to add roasted garlic to all mashed potatoes, here is a method from The Hungry Mouse.  I usually turn the heads face down and add a little water with the oil in the pan, but I guess I’ll have to show that method in another post…

I recently made this little potato mixture then added extra nutritional yeast and used it as a layer in a dairy free enchilada pie.  When baked into the the pie it had a similar flavor and consistency to a fresh cheese.

Gather your ingredients ahead of time so you can move quickly once the potatoes are done.

Bake at 400 degrees at least 1 hour or until very soft:

When fully cooked, remove from oven one at a time.

Slice in half.  Holding one half in a towel in your hand, scoop out the contents into a warm bowl.

Repeat with all of the potatoes.

Quarter and add to a stock pot with enough water to cover:

Boil until soft, then drain.

While the potatoes are cooking, wash and coarsely chop:

1 medium Leek, around 1 cup (the white and light green parts only)

Add leeks to a sauce pan with:

around 1 cup Stock or Water

Cover and simmer until the leeks are very soft.

Puree the cooked leeks in a food processor until frothy—you may need to add a little water so the leeks can blend well.

If the leeks are prepped ahead of time, heat them before adding to the potatoes.

When potatoes are done, mash them with a hand-masher or a food mill.  Heat the pan they are mixed in or keep them as warm as possible.

the Leeks, pureed and warm

Salt and Pepper to taste

Eat right away or cover and keep warm in the oven or in a double boiler.