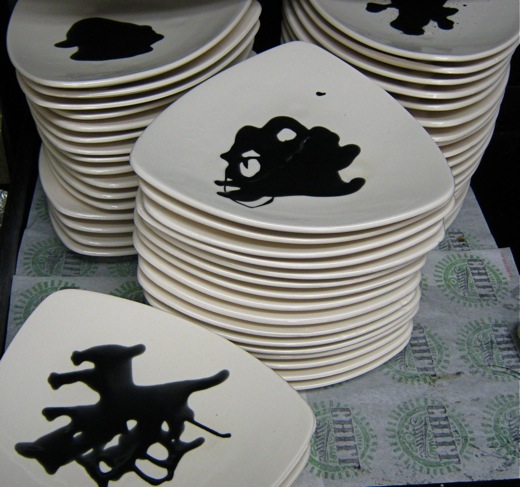 Here is the second part to the GF Samosa post I did last year after the Edible Alien Theatre performance: “In Profundus“.   The first post was the vegetarian version and here is the beef option we served on these awesome Rorschach inkblot triangular plates that were made by The Clay Studio and members of DArtCo.

Originating in Muslim kitchens for a meal after the morning prayers, Nihari is a beef stew that is slow cooked with garlic, ginger, chilis and other intricate flavors, and is now considered the national dish of Pakistan.

Years ago I was asked to make Nihari and the recipe that I found included ingredients I could not get in my neck of the woods so I declined.  But since then I have seen simpler recipes and developed my own non-soup version for the samosa filling.

If you want to make the actual Nihari Stew instead of the drier samosa filling, check out this post from RasaMalaysia. 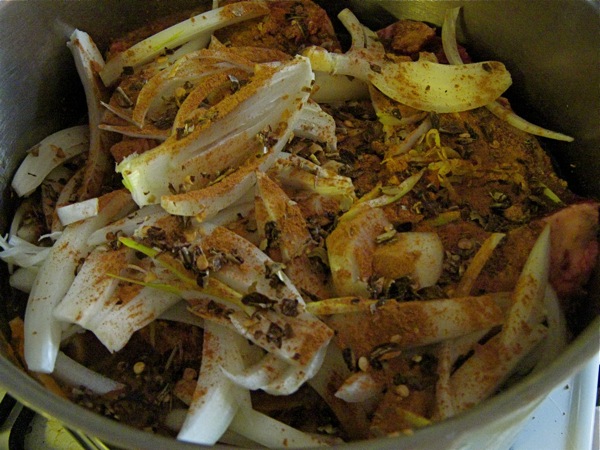 The beef is cooked like a pot roast, covered and roasted with moisture on a low heat for many hours—Low and Slow as they say.  Or a pressure cooker works well if time is limited.  If you were making nihari in its original form as a stew, more liquid would be added than is in my recipe.
.

The Beef is the easy part!  The Samosas are a little time consuming and finicky but they are worth it…especially if you are a gluten free person who craves that chewy texture of a fried dough.

Check out the Pea, Potato, Mango Samosa post to see

how to make the gluten free samosas. 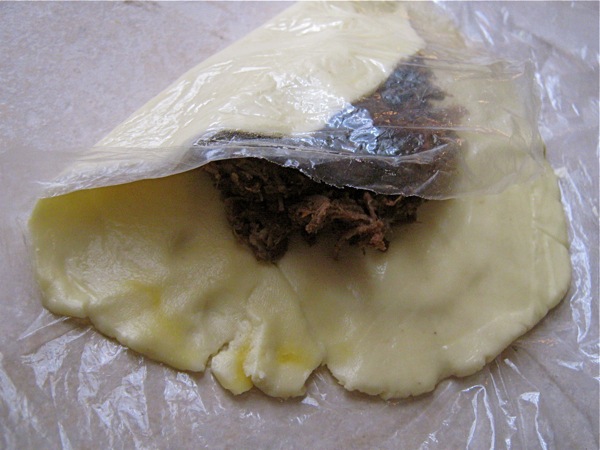 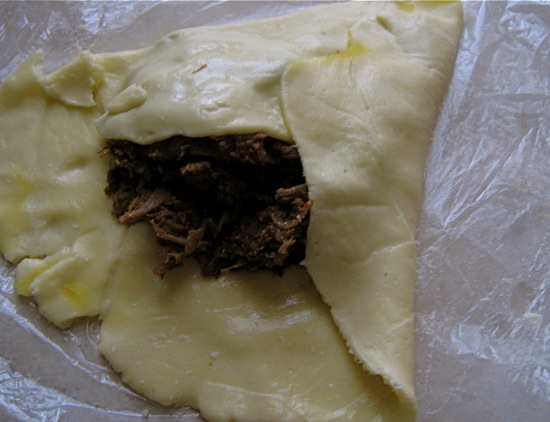 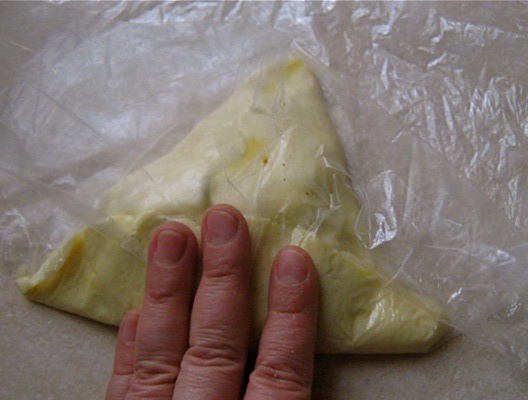 A few things I’ve learned about these tapioca dough buddies: 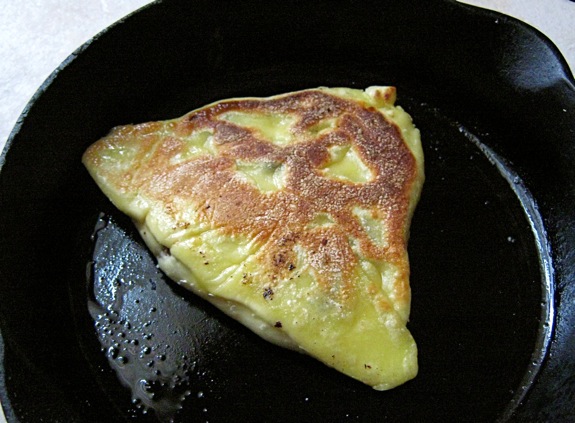 Another awesome thing about samosas?

You definitely want eat them the same day they are baked—but they are a great road food.

In a pressure cooker or a dutch oven combine:

1 Tablespoon Garlic, minced or pureed into a paste

If using a pressure cooker, close the lid and cook on low (first line) for 1 hour.

Turn off the heat after 1 hour and let sit until the pressure returns to normal—approximately 30 minutes.

If using a pot roast method in the oven, combine everything in a heavy dutch oven and roast covered at 300 degrees for 3 – 4 hours.

1 cup Cilantro, chopped (or more if you love cilantro…)

Taste and adjust—the flavors should be overly strong to compensate for the dough absorbing some flavor—especially salt.

Use a tortilla press or roll out the dough and assemble according to the Gluten Free Samosa post.

I use a scant 1/2 cup of beef filling per samosa.

Lightly fry over medium low heat to give it a crispy outer texture, then bake at 325 degrees for around 15 minutes.