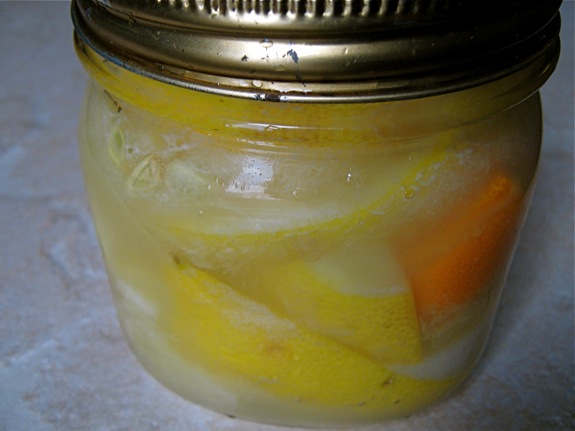 With the summer sun blazing every day, it seems like the season of yellow.

Preserved lemons, a.k.a. lemon pickles, are known as a North African condiment but they appear in dishes all over the region.

The entire lemon is preserved in a bed of salt and lemon juice to keep it usable for many months and the result is a distinct lemon flavor that adds a surprising sparkle… yet is also kind of mellow.  I’ve often chopped them up in a rice pilaf, but these flavor-packed peels will also mix well with chicken and  seafood as well as with strong flavors like olives and harissa. 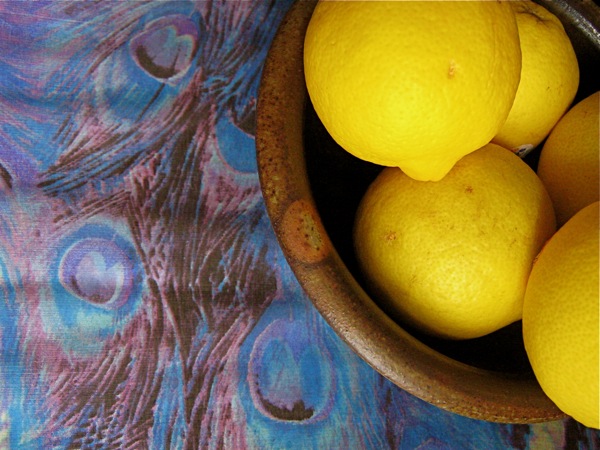 I have wondered if you could preserve other citrus fruits, and the answer is YES.

The fermenting food website PHICKLE gives it a try with limes, grapefruit and oranges and has a number of good tips.  I had known of adding spices, but Amanda introduced me to making the lemons with rosemary or dill.   She also recently posted about a Bloody Kim—making a Bloody Mary using kimchi juice!

Now back to the lemons… 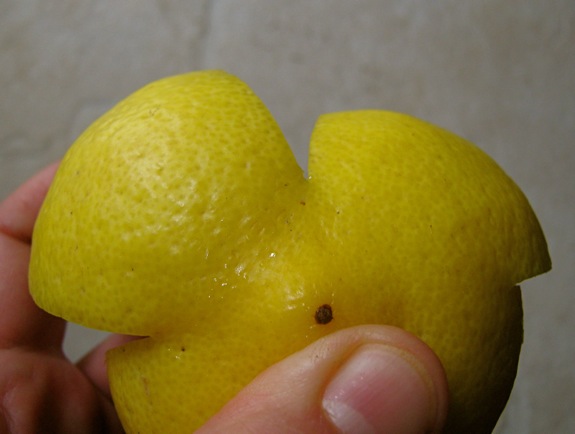 Most recipes tell you to slice the lemon as though you were quartering it, but leaving the end of the lemon intact to hold all four pieces together.  I’ve done this method and sliced them into quarters…I haven’t noticed much difference other than looks.

It takes around a month for the lemons to pickle.  Remove the translucent skins from the juice and chop into small pieces (a little goes a long way) and add to pilafs or sauces.  The juice can also be used, but keep an eye out for seeds.

Add your preserved lemons to:

This is barely a recipe—basically you need lemons, salt and a jar.  But I’m making them for a little dinner this summer and thought I would bring you along on the process.

Since you are using the entire lemon it’s best to use organic.

Cut the stems off and slice into quarters:

Squeeze the juice from the lemons into a bowl.

Rub inside the lemons and kumquats with:

Stuff the citrus in the sterile jar, adding a little more salt on top of each lemon.

Pack them tightly so juice is released—use a wooden spoon to really cram them in.

The Lemon Juice from the lemons

There should be no air in the jar and no peel that sticks out into the air—it could develop a white mold.

Cover and let sit on the counter for two days, turning it upside down occasionally.

Move it to the refrigerator and let stew for 1 month.  Shake and turn it upside down once in a while.

Preserved lemons will keep at least 6 months when refrigerated.

Other seasonings to add: 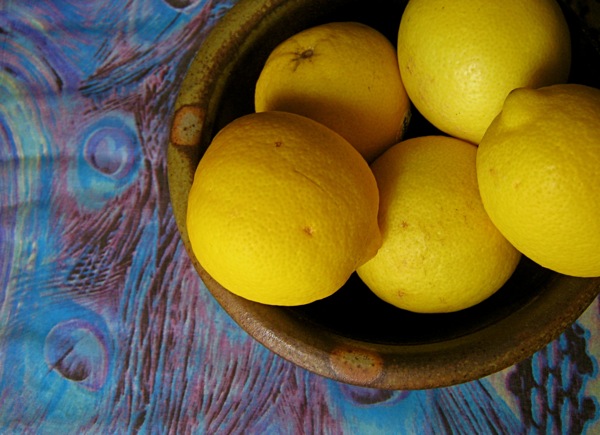