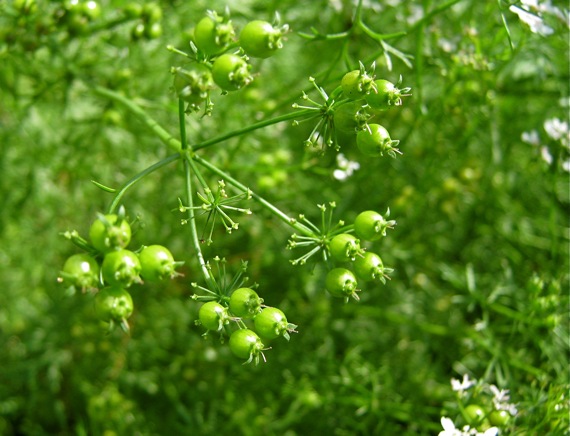 If you’re growing cilantro in your garden it probably looks like this right now: a mass of beautiful little flowers and bulbous green seeds.  Usually I don’t have time to deal with them and just wait until they dry in the garden then harvest the coriander seeds for use in the winter, but sometimes I catch them at this perfect stage when they have flavors of both fresh cilantro AND coriander seed.

I know that there is an ant-cilantro crowd out there…it seems you’re either in one camp or the other.  But this amazing Coriandrum sativum (aka cilantro, coriander, dhania or chinese parsley) is one of my favorite plants for both the leafy fresh cilantro and the tangy coriander seeds.  It’s no coincidence that I love both Mexican food (with its chilis, lime, cilantro) and Thai food (with its chilis, lime, cilantro)! 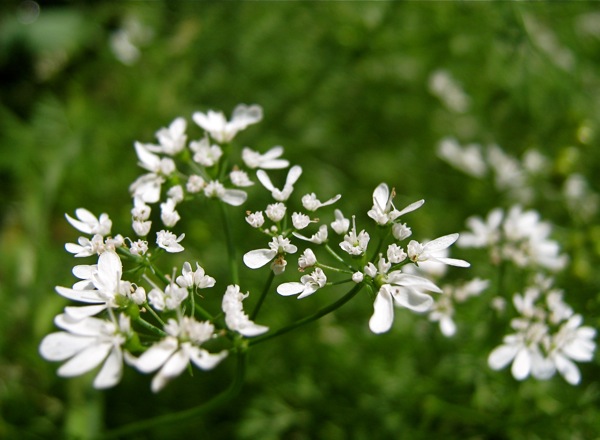 A few years ago I was catering a large dinner and needed a lot of cilantro for the black bean salad.  I thought I could grow enough cilantro in my garden, but it was an early and warm spring so by the time my dinner-week rolled around in July I had loads of juicy green coriander seeds, but couldn’t use much of the leaf.  So I ground the green seeds into a paste to add to the beans, and fortunately it was quite tasty…if you’re hanging out in Camp Cilantro, that is. 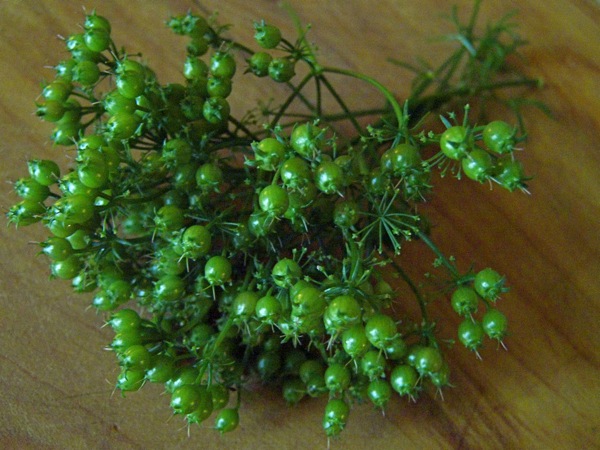 They’re so cute and round. 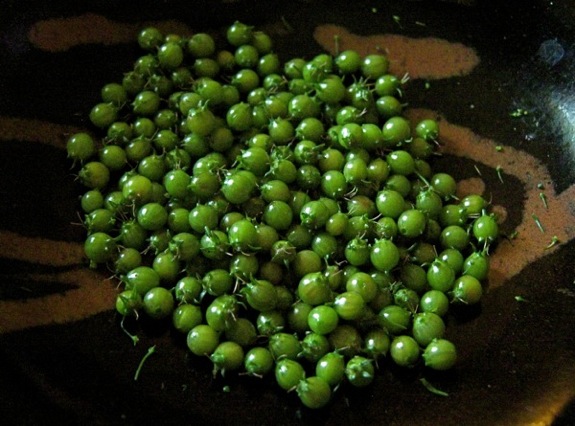 I crushed the seeds with the side of the knife to prevent them from rolling around, then minced them.   You could also use a blender to create a paste, or a food processor if you have at least a half cup of seeds. 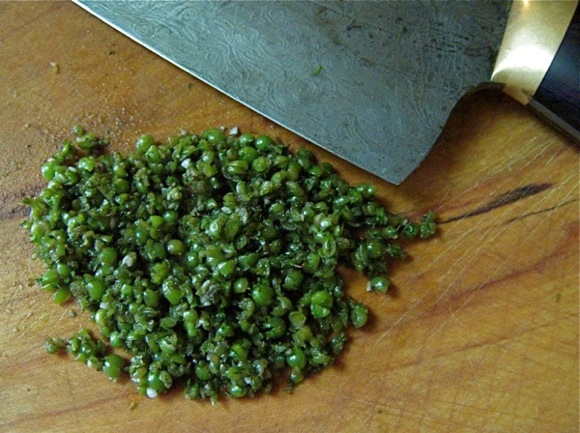 These little seeds are not shy about their strong savor so would be best mixed with foods like meats or beans that can absorb big flavors.  I would also suggest trying it with cuisines that already use cilantro or coriander—-foods from  North Africa, India, Mexico, Thailand and the Caribbean.

Green Seeds from a Cilantro plant

Either crush with a flat surface then mince, or blend in a blender or food processor with:

A dash of Olive Oil

A spritz of Lime Juice

A pinch of Sea Salt