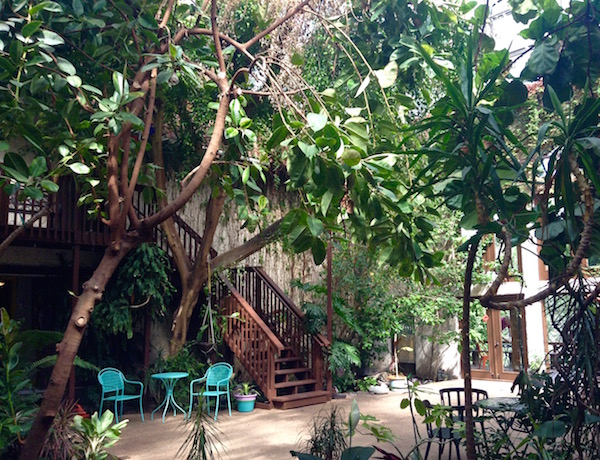 We recently spent a number of days at the Solarium Hostel in Ft. Collins, Colorado.  A tropical indoor commons, large shared kitchen, yoga in the basement, a stream and bike path in their back yard…this was a great place to hang out and meet people from around the world while making your breakfast before touring the breweries, eating at the pay-what-you-can FoCo Cafe, or heading to the mountains.  They even have adorable bikes you can rent for touring this booming college town near the foothills of the Rockies. 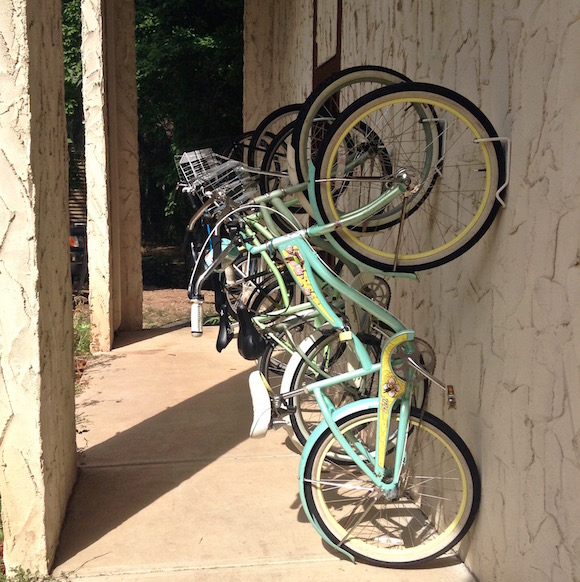 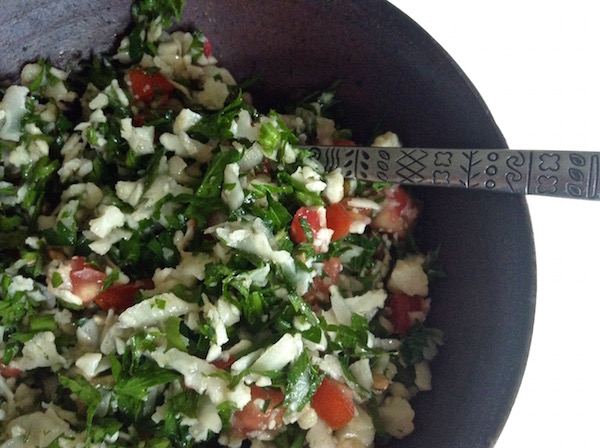 Cauliflower Tabouli!  Nothing like thinking you’ve had an original idea only to discover many others are years ahead of you.  Whatever.  It still came through the ether into my little head.  Cauliflower has been used as a grain substitute because of its mild flavor and relative sturdiness that holds up with sauces, in salads, and even baked as a pizza crust.  It’s a favorite both the raw-food world and the paleo-food world.

Box graters with the large holes work well with cauliflower.  Food processor graters tend to macerate and mash it releasing too much water.  First I grated the raw cauliflower then blanched it, and then I tried blanching it before grating.  Both worked, though blanching before grating might make the blanch a little less even….but it’s cauliflower and not chicken so that’s not a huge concern.  You can also skip any cooking altogether and use it raw, but I tend to like my brassicas lightly cooked. 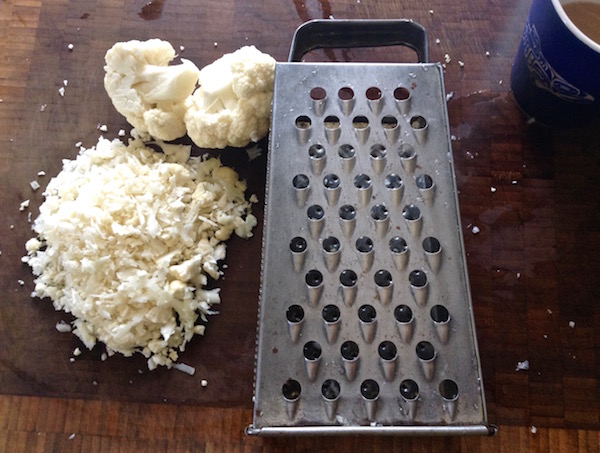 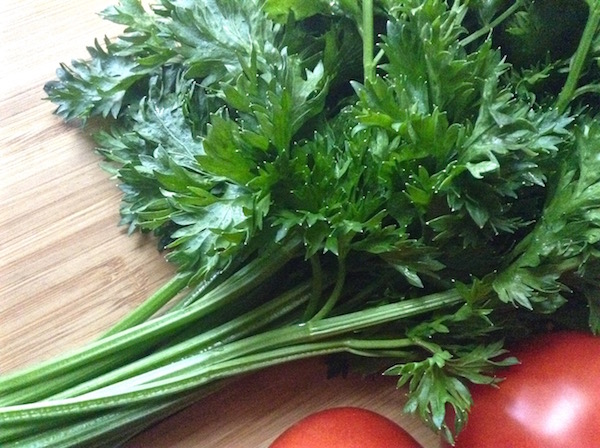 At the Farmers Market I found one of my main producers was selling Par-Cel which looked like a cross between parsley and celery.  Very potent flavor so I used half par-cel leaves and half parsley in my first version of this tabouli.  I love to cook with bitters like parsley and celery and am grateful to be able to source them locally.  Celery is apparently tricky to grow because of various blights and temperature sensitivity, but par-cel has the flavor of celery without the susceptibility to the common scourges.  Three cheers for our intrepid market gardeners!

Remove from water and let drain in a colander, squeeze out any excess water.

Mix cauliflower in a bowl with:

A geodesic dome greenhouse design we visited in Ft. Collins. 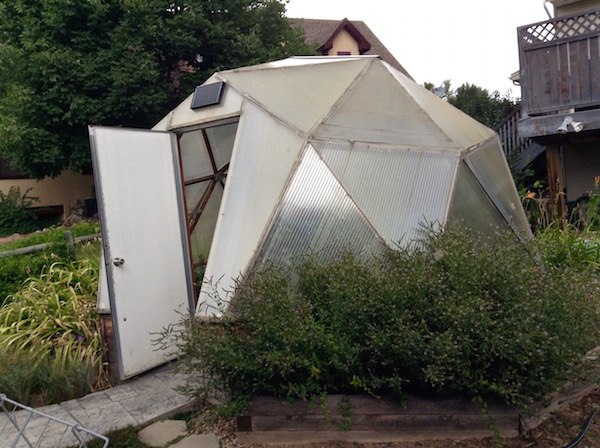