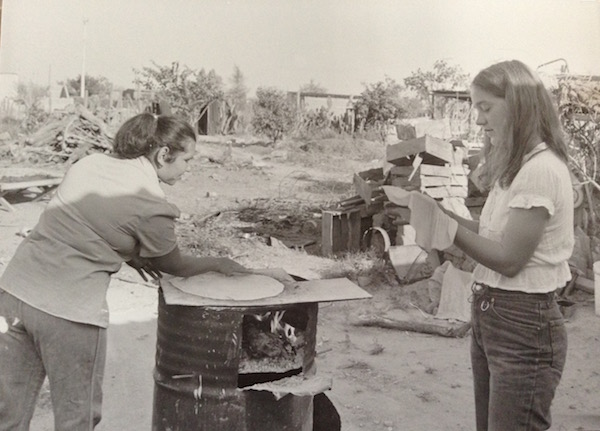 In northern Mexico tortillas are commonly made with white flour instead of corn masa like most of Latin America.  In the state of Sonora the tortillas have taken on a life of their own and are made way, way, way bigger than your head, called tortillas sobaqueras.  “Sobaquera” (holster) is a slang term for armpit—these tortillas are made by slinging and stretching them over your arm like pizza dough resulting (if you’re good) in a tortilla the length of  your arm.  These delicate blankets are also referred to as ‘bedsheets’

Wheat became a popular substitute for corn in the northern states because it was cheap and easily accessible near the border, and because Jewish settlers in northern Mexico did not consider corn to be kosher so adapted the tortilla to something not dissimilar to pita flatbread.  These days in the U.S. flour tortillas are often more popular than corn, but they are nothing like the fresh sobaqueras cooked over a fire. 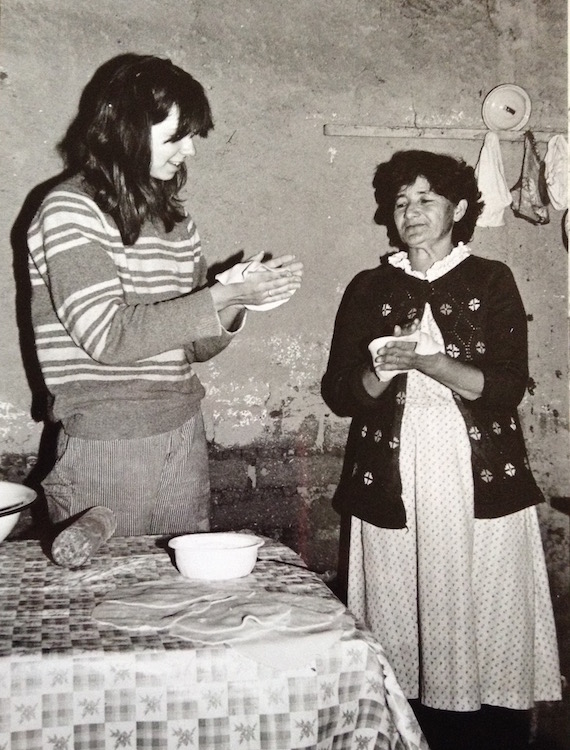 My parents hosted a number of 8-week Spanish Class trips with students from Scattergood Friends School in the late 1970’s and 1980’s, the majority of them in the mesa del Norte region of northern Mexico.  Our gracious hosts in the villages introduced us to this Sonoran style of making flour tortillas.

The top photo is of my host-mother with her perfect and enormous tortilla and me struggling with my not-so-perfect strangely shaped creation, obviously not the length of my arm.  In the second photo my classmate Laurie is learning from her host-mother who watches with skepticism about these gringas ever mastering this art.

Our favorite afternoon tortilla snack was spreading crema de cacahuate (peanut butter) and honey or jam onto the tortilla and rolling it up.  Great with a cup of café combate.

Check out a couple of videos of tortillas sobaqueras in the making:

The Cookerman gives a recipe and guidance for making Sonoran tortillas.  I’m not doing wheat these days so I won’t be making these bedsheet tortillas, but I have great memories! 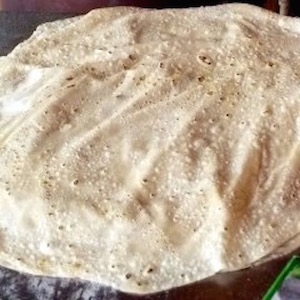