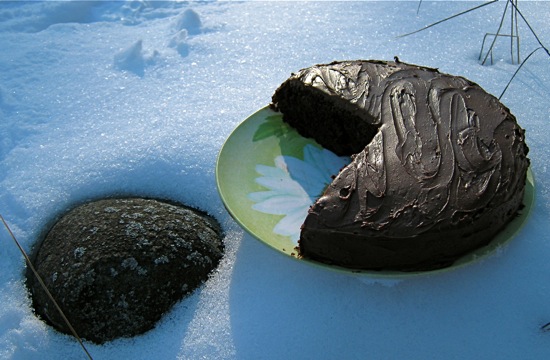 There is cheating involved with this cake recipe…but sometimes you just have to do what you have to do.

The second confession is that there is a reason why this site is named “Awesome Cookery” and not “Awesome Bakery”.  Though I can maneuver well with taste and texture and visuals of cooking, I seem to be unable to count past two when measuring!  When I baked this cake I accidentally used only two eggs instead of three…and this is why I call myself a cook not a baker.

But the result was moist, like a cross between a brownie and a cake.  I can handle that kind of mistake. 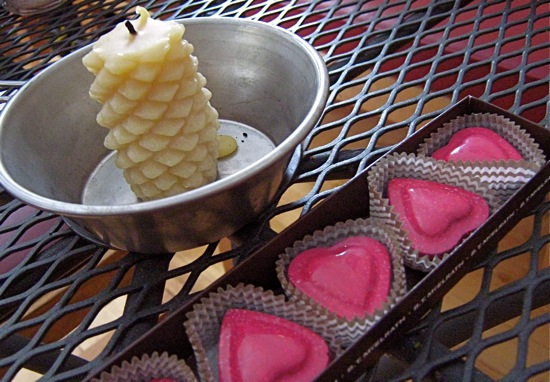 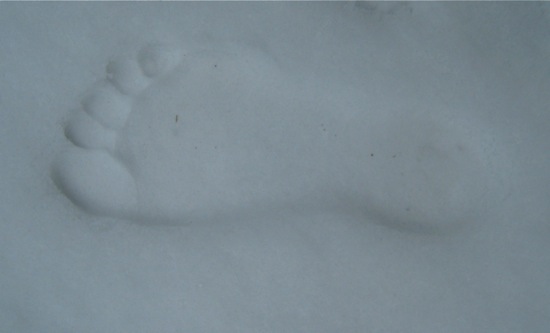 Sasquatch Footprint near the Cabin 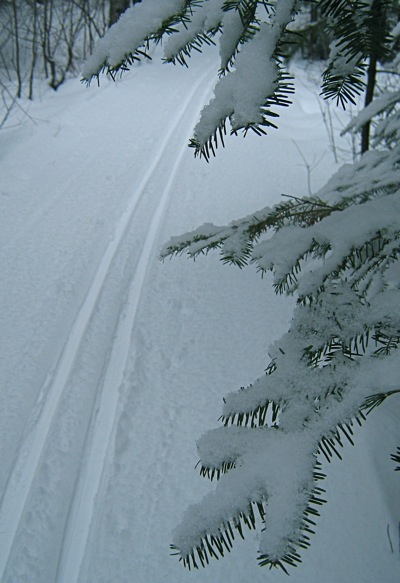 The White Pine Trail at ABR

Snow covered lichen on the trail

Parameter: a limit or boundary that defines the scope of a particular process or activity.

Make friends with your parameters…sometimes having limitations can lead to unexpected and great results!

We were invited to the 50th Birthday party of Eric Anderson, co-owner of ABR Trails, and decided to show them how much we suffer with our gluten free life by baking a gluten free cake.

Since we were prepping foods at the home-base cabin that has electricity but not all of our normal ingredients handy, the obvious solution was to use a Betty Crocker gluten free cake mix which is now available in most grocery stores.  Another confession—I think their mixes are great!  They’re moist and tasty, and without unpronounceable chemicals.   And no, I was not paid to say that.

The next step was to make the cake unique and fun.

Use items that we brought on our trip to liven up the cake mix: dried fruits, cinnamon, a lime, and port wine.  I can deal with those kinds of parameters. 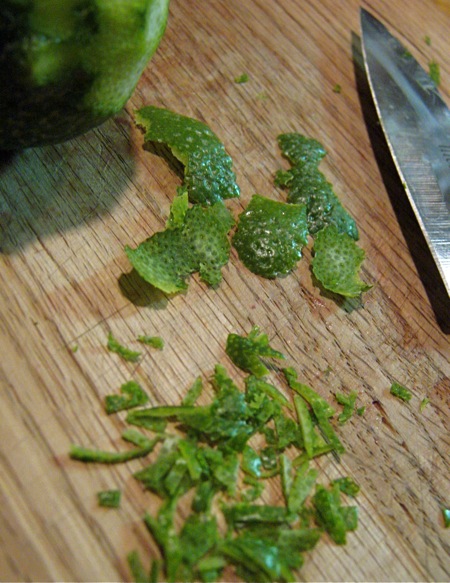 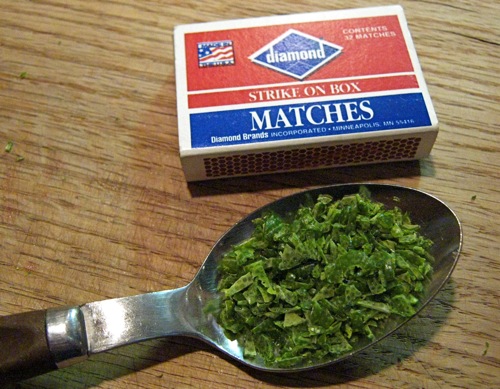 No zesters to be found (and no, I didn’t pack one along) so I shaved thin slices from the lime peel, avoiding the bitter white part, then chopped the shavings into smaller slices.  No measuring spoons, so this is what I guess to be about 1/2 teaspoon. 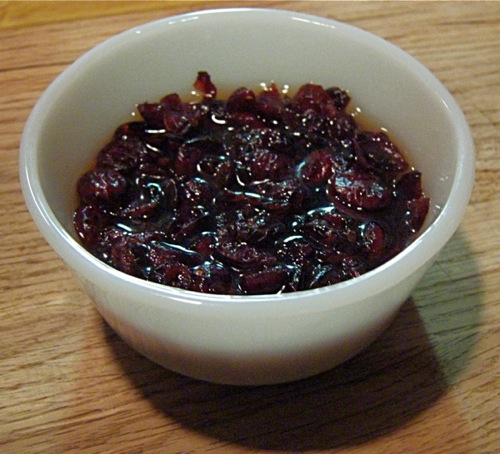 The craisins (dried sweetened cranberries) would go farther and absorb the Port better if chopped, so chopped they were.  Both the lime zest and the craisins soaked in the port-wine overnight, and that little combination would be fabulous in all kinds of dessert. 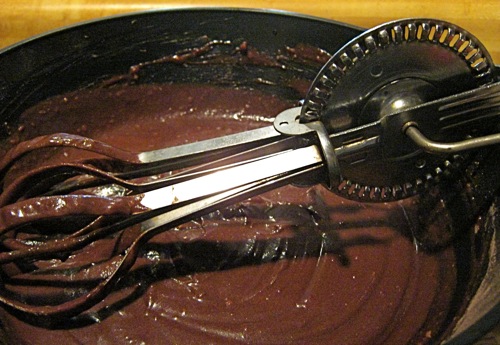 There was an old egg beater available in the home-base cabin, so that was used to beat the softened butter and eggs, then the mix and water was added.  The craisins were added after the batter was relatively smooth, then the whole gooey mess was poured into the pan and baked.

These cake photos are actually from a second cake that we baked for a group of friends.  The first cake was brought back up to ABR, then taken into the unused second sauna to be frosted for the birthday party!

Soak in a small bowl for at least 6 hours:

Follow the directions for the cake, but use about 1/4 cup LESS liquid because of the port:

Mix a couple of minutes until smooth.

Pour into a greased cake pan, and bake for the recommended time.

You could also use one less egg in the cake recipe/mix, and the result will be very moist, a little more dense, and quite delicious.  And you could even call the adjustment “intentional”. 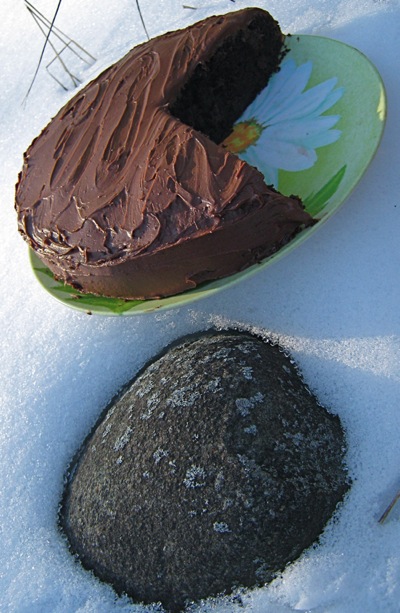