We now begin the trip home.  The American Birkebeiner ski marathon is over, the car is packed to the gills and we are pointed south heading towards brown grass and re-entry into the world.

After leaving the home-base cabin we stopped in at the “00” trails near Seeley for one last ski.  With the new snow it was slow but it didn’t matter, it was achingly sweet as we said farewell for another year to that sweetheart of a trail, and to snow. 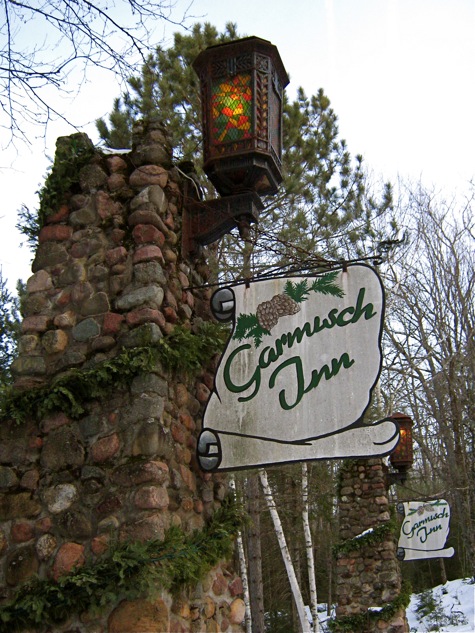 No pictures from the Birkie, but here are some of the Garmisch Inn, a compound that was part of the area’s connection with Chicago during Prohibition. 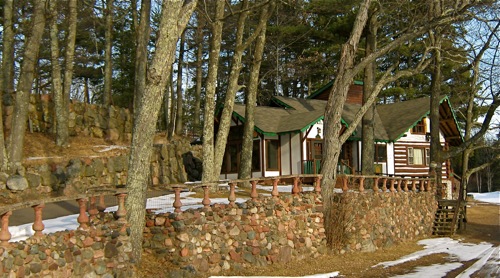 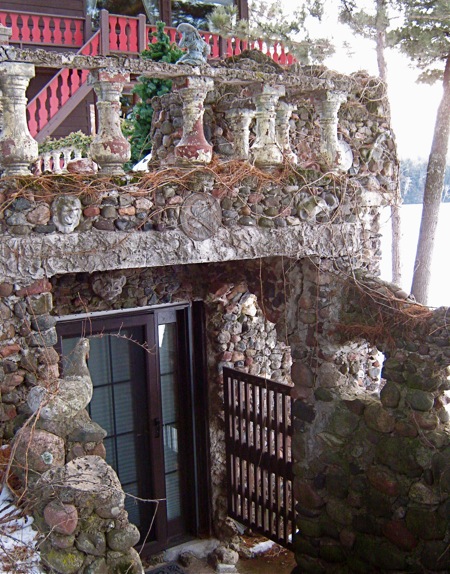 Hayward, Hurley and Hell (Superior) were known as “The Devil’s Triangle” because of the rough logging towns, speakeasies, brothels and mob hideouts.  Many of these places have been turned into retreats and resorts, check here for more about that topic. 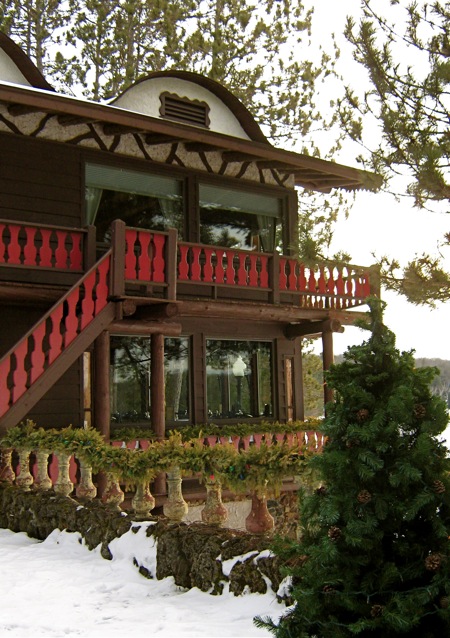 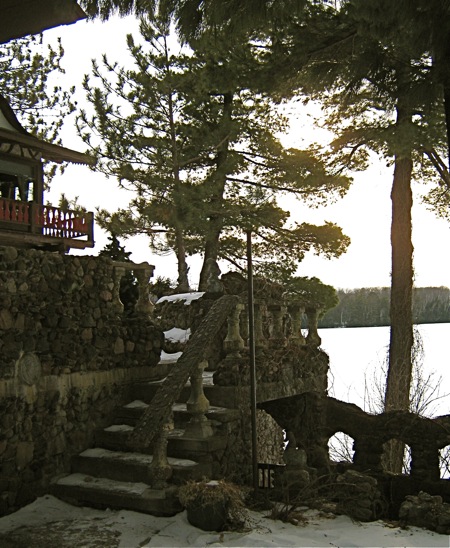 And now, on to food…

We were running around a lot during the activities of Birkie, so there was not much cooking going on this week.  Instead I’ll rave about one of my favorite ingredients.

Nutmeg, a lovely little nugget and a cook’s faithful Helper. It is endearingly referred to as The Italian MSG, enhancing the flavor of everything it touches.  It not just enhances, it helps to expand flavor and spreads it horizontally.  It’s like “volumizing shampoo”, but it really does work!   Not a bad buddy to have in the kitchen.

If I had to pick 5 seasonings for my life on the deserted island (you remember…the one with the patch of kale and the tree full of chickens) it would be Nutmeg, Parsley, Thyme, Paprika and Salt.

I hope the rest of my spices don’t read this.

If there existed an Island of Versatility…Nutmeg would be Queen of it.  Dill and mustard may be fabulous, but they have strong personalities and don’t consistently “blend” like our friend Nutmeg. 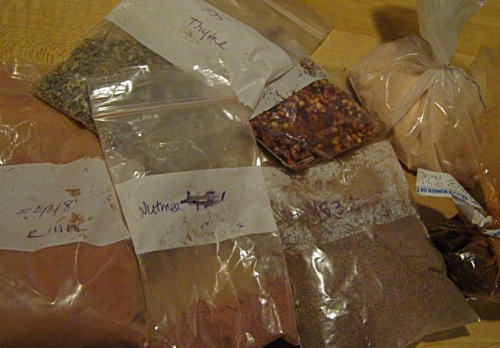 This is the pile of spices I took on the trip.  Nutmeg, Thyme, Coriander, Chili Powder, Cinnamon, Granulated Garlic and crushed Red Chiles.

Some botanical and historical details about Nutmeg…

Nutmeg is the kernel of an apricot-like fruit from evergreen tree of the Myristica genus, native to the Spice Islands of Indonesia.  Mace is the thin leathery tissue with a reddish hue which surrounds the nutmeg kernel.

It was one of the spices for which European countries waged bloody wars, and their lust of spice (and the profits of the trade) spurred onward the mad rush to access the East by other routes, drastically changing the face of the globe and the futures of everyone on it  (there is an awesome chapter in An Edible History of Humanity

delving into the spice trade).

Nutmeg is our first adventure into the Helpers series.  More to come…

Foods that I season with nutmeg:

Try it in your next meal!