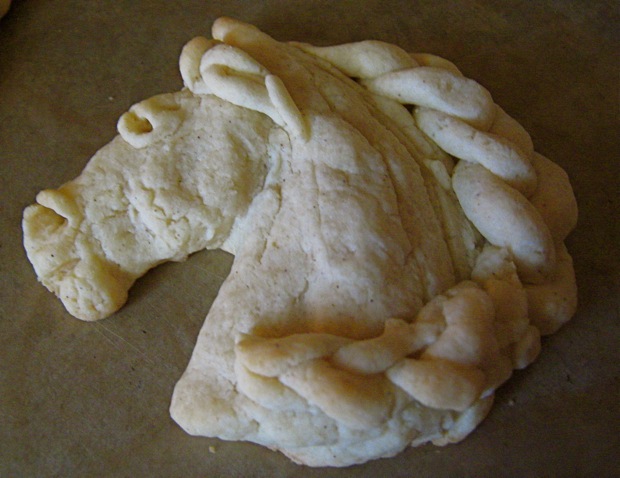 I love tangents, especially ones that involve geeking out.

I spent last weekend with two of my sisters, indoors with the curtains drawn and snacks within easy reach as we ventured into a marathon of the watching Lord of the Rings trilogy (extended version of course).  We ate Hobbity food (bacon, squash, beer, sausage..) and our version of Elvish Lembas whey bread for sustenance during our long adventure.

to which we added powdered whey.  My sister shaped the dough into some of the principal LotR characters and elements. 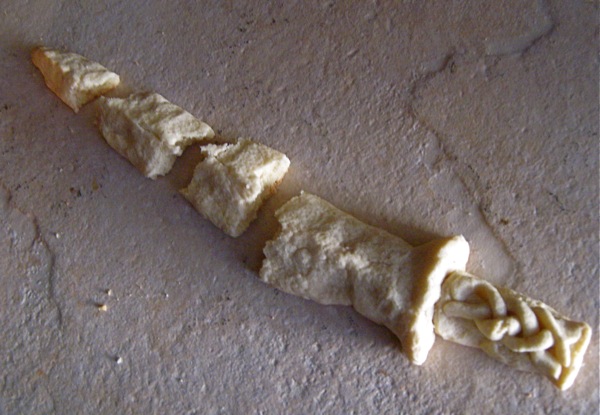 The Blade That Was Broken 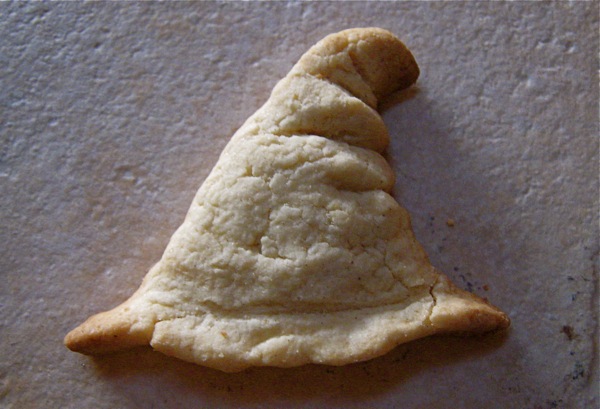 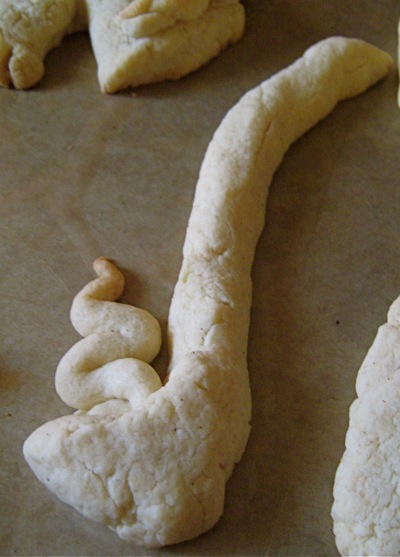 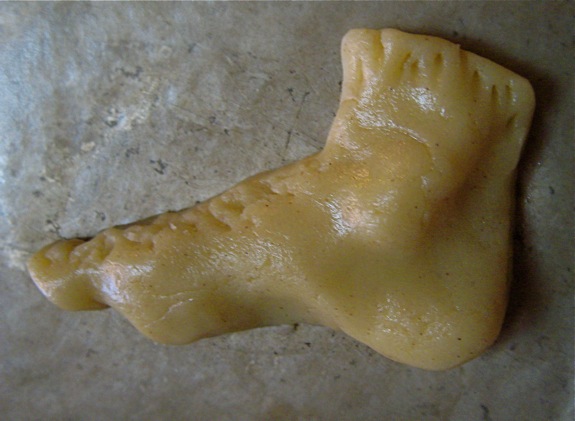 A warning about this next one…it’s scary… 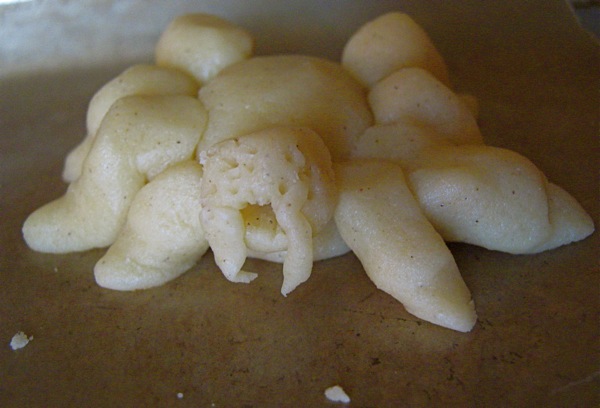 se·gue:  any smooth, uninterrupted transition from one thing to another.

Hmm.  These hobbits traveled on adventures, they might have eaten Island Beef Stew.  It is a sweet and sour soup, tangy and rich like a barbeque sauce.  It’s also hearty and full of protein to get you through your Quest.  Like a hobbit.   (That’s a segue, isn’t it??) 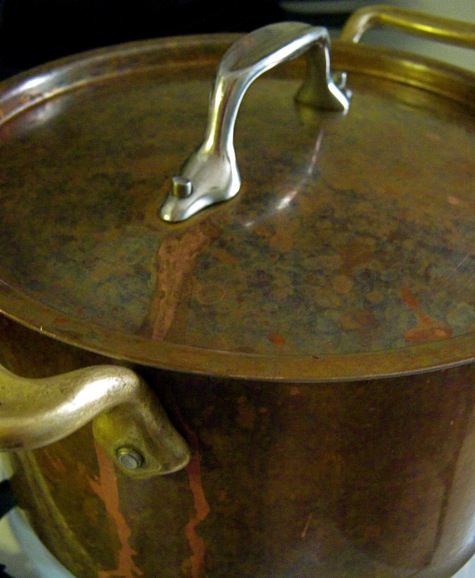 Braising the roast for the stew:  Braising means to first brown a cut of meat by searing it, then to simmer it in a liquid (or its own juices) until tender.  This process can be used for dishes like pot roasts and stews, and usually there are seasonings in the liquid to impart more flavor.

Tougher cuts of beef like Chuck, Arm and Shoulder contain collagen and connective tissue—they are best when cooked at low temperatures for a long period of time so the collagen can break down, which adds flavor to the meat and results in fall-apart tenderness.  Low and slow, as they say.  This stew uses that general idea, although it cooks only two hours instead of the four that is recommended for a pot roast.  (The Hobbits didn’t have four hours to cook this stew because they were trying to save the world)

This unidentifiable mass is the chuck roast dredged in rice flour, ground ginger, salt and pepper. 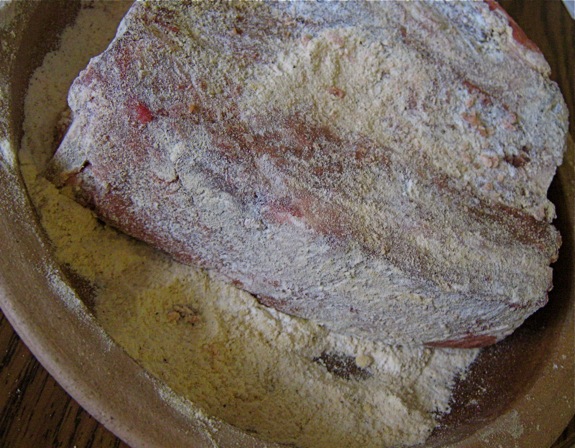 It takes at least two hours to simmer this soup so it is a great one for a chilly day.  I have not yet made it with a crock pot but I would think it could be good if simmered on low.

The maple spoon is by Frank (not Lloyd) Wright.  The barely visible cup is from Nate and Hallie Evans of Allamakee Wood Fired Pottery.  Very Middle Earth. 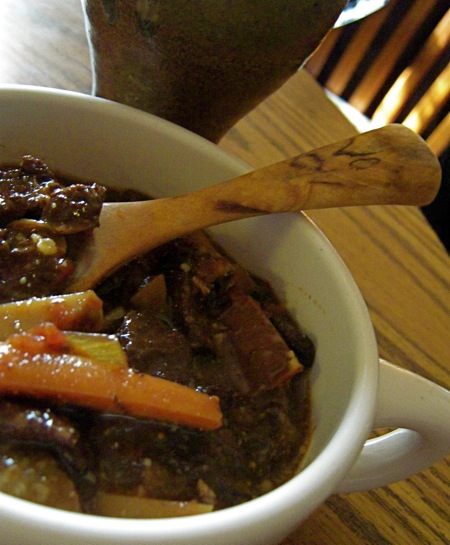 This was originally from a Cooking Light recipe, brought to the deli by my friend Kristen and we adapted it to make a large quantity—it was one of our favorites.  I then shrank it back down for this post, it makes about one gallon.

(I have never used bison or venison roasts, but the flavor of the soup is so intense that it may work well with either of those)

Mix in a shallow bowl or plate:

Dredge the roast in the dry mixture.

Sear the roast in the oil, turning to get all sides.

the remainder of the dry Dredge Mixture

Remove the roast.  Shred or chop, then return it to the pot.

Eat as a soup or over rice, or at a campfire while you’re on a Quest to save the world from mass destruction.

Unbaked treats.  The One Ring is in the upper left corner—my cat (who ironically resembles Gollum) stole it and ate it after it was baked.  The Stinker. 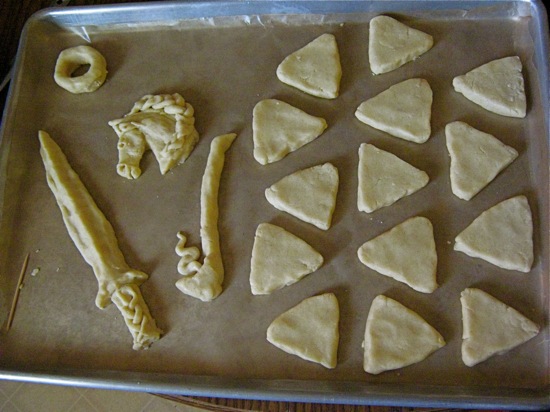