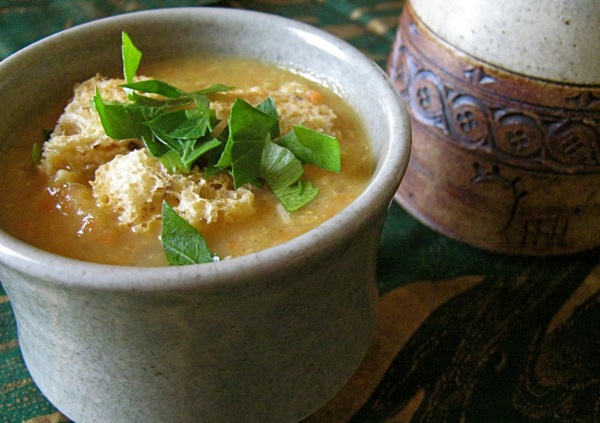 Making a soup without stock.

We all hear that the best way to make a great soup is to use some kind of broth or stock.  But many of us, both professional and home cooks, are often too busy to take that extra step.

In the Deli we had to be very economical with our time so instead of making stock there were three key vegetables added to nearly every soup.  While simmering in the water these veggies helped create a broth, infusing the soup with their magical base-layer-creating abilities, adding both depth and fiber at the same time.   As good as using stock?   Probably not, but tasty nonetheless. 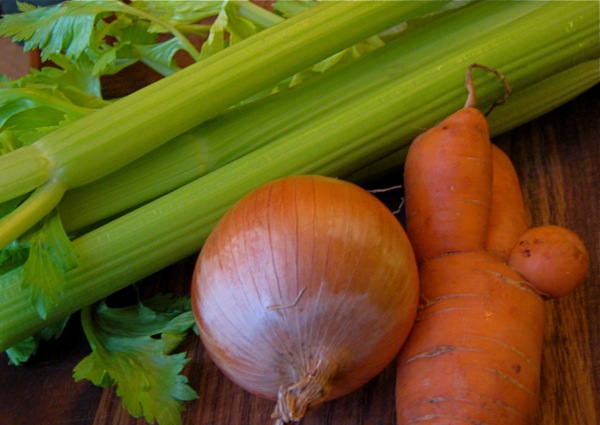 What were those three key vegetables??

Get ready….here it is….the Holy Trinity of vegetables-of-flavor, A.K.A. Mirepoix, A.K.A. The Aromatics (yes, there really was a band with this name!) are: Carrots, Celery and Onion.

Other mirepoix combinations exist, but these three may be the most common.  This unpretentious trio is the base for most classic stocks and sauces and can help any soup.  There are certain foods I think of as Superheroes, and these three would definitely have long flowing capes and a big letter F (for flavor) on their front…and they may even wear their glittery underwear on the outside of their tights.

Check out more about flavor on the Flavor Spectrum page.

Generally mirepoix vegetables are not served and are strained out of the broth once their flavor has been released into the liquid. But as I said before, in the Deli I was trying to utilize and maximize both time and ingredients.  We needed to create food that was hearty, nourishing and inexpensive…so keeping all good calories in the soup seemed totally appropriate!

So here’s to hearty, nourishing and inexpensive…and great for a chilly day.

Cook over medium heat for a few minutes.

2 – 3 cups Water  (or of course Vegetable Broth or Chicken Stock if you have it!)

Simmer this until the carrots are cooked, around 30 minutes.

Puree with an immersion blender, or let cool slightly and puree with a food processor, working in batches.

If serving right away, reheat the soup.

Stir in at the end:

The soup is in a tea bowl made by the late great potter Timothy Langholz and was the take-home gift for the Edible Alien Theatre Spring Celebration show.

The other incredible fjord-horse cup that looks like it should be served at a Rohan feast was made by Tokheim Stoneware, a family studio in western Minnesota.

The soup is golden because the tomatoes I used were a Czech’s Yellow variety!   With gluten-free croutons, of course. 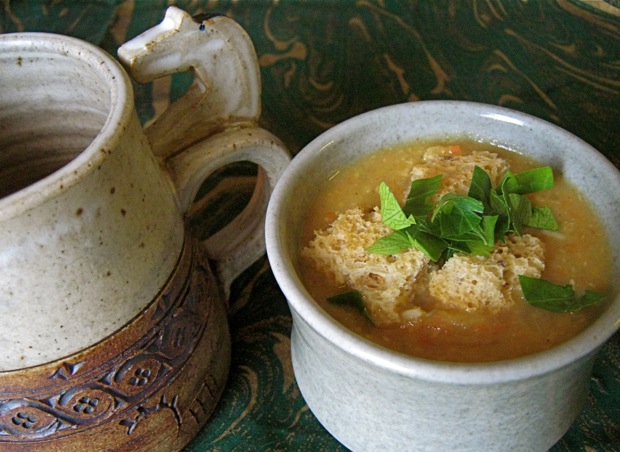