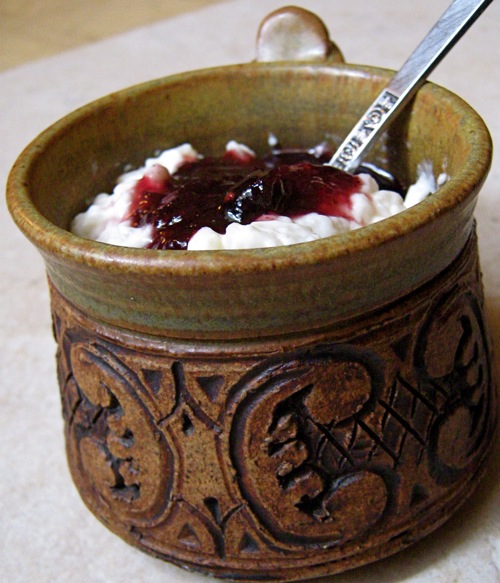 Every year our friend Elisabeth invites us (actually these days we just show up) to her traditional Norwegian Jul dinner on December 24th.  Pork roast, boiled potatoes, cooked cabbage with caraway, meatballs, and the best part of all…the riskrem rice pudding with strawberries.  She hides a whole almond in the pudding and whoever finds it gets a gift, usually chocolate or a marzapan pig.  I adore this rice pudding—creamy and low in sugar, it’s my kind of dessert.

Versions of rice pudding are found all over the world, but this one is often served during the Jul/Christmas season—Riskrem in Norway, Risalamande in Denmark, and in Sweden it’s called Risgrynsgröt.  And since cows were a part of life in rural Scandinavia, this is very much not a dairy free or fat free dessert! 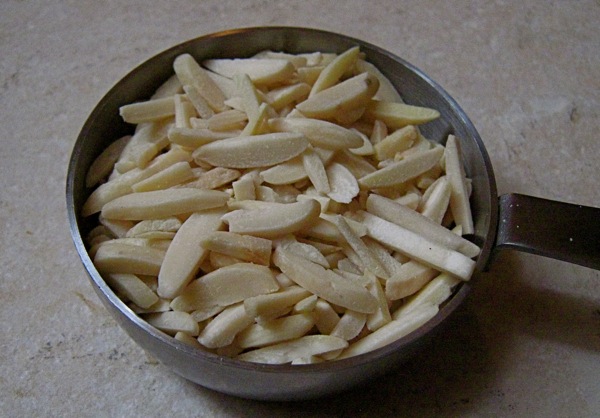 The Swedish recipes call for cinnamon but the others did not.  Elisabeth always adds minced blanched almonds so I included it in this recipe.  All of the versions are served with a red berry sauce, either lingonberry, strawberry or cherry.  The riskrem itself is not very sweet but the berries add a sweet-tart twist, not to mention a fun contrasting color next to the extremely white mass of pudding. 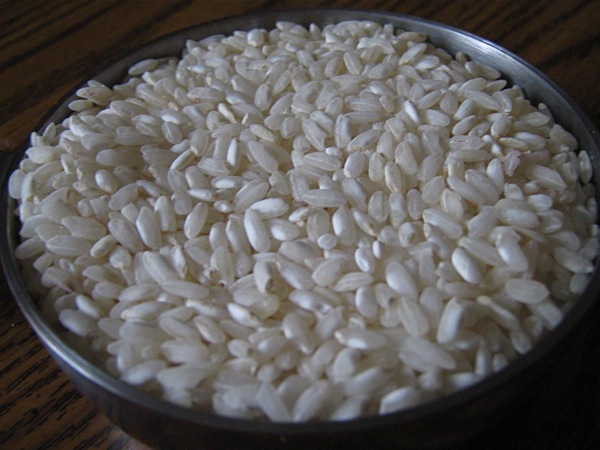 What kind of rice to use?

Some recipes use jasmine white rice and some use short grain arborio rice.  I chose to use the latter, partly because I had it and partly because it seemed like it would be more creamy. 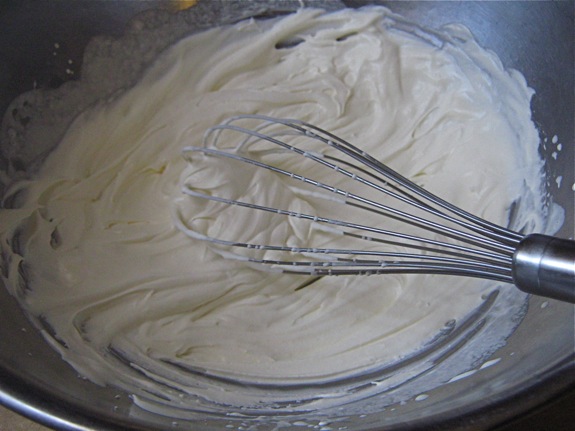 Whip the heavy cream either by hand or with a mixer. 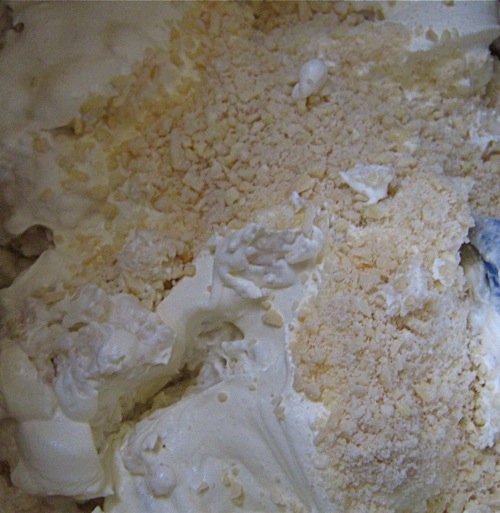 This method is 6:1 liquid to rice.  Some recipes called for 7:1, some 4:1.  I prefer the creamy, have I mentioned that enough times yet?

The recipe from Scott’s cookbook (in Swedish) called for very little sugar, and the other ones I found called for 1/2 cup for 4 cups of liquid.  I think it’s better when it isn’t too sweet, but as I have admitted to others…I am not a Sweet person!  So this recipe includes a range of sugar amounts. 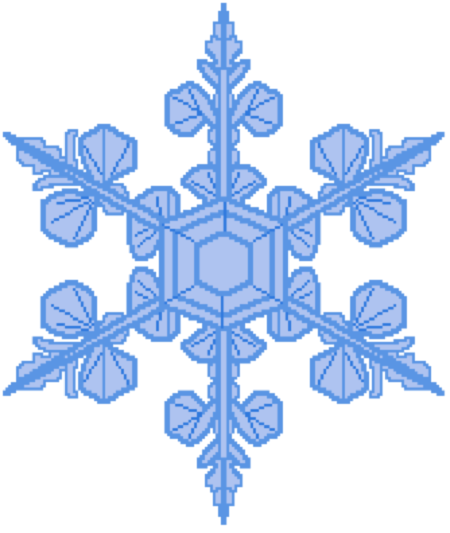 What more can I say…if you eat heartily, you also must put your boots on and go play in the snow.  That’s just how it goes….

Combine in a heavy bottom soup pot or a double boiler:

1 Cinnamon stick, or 1 teaspoon ground cinnamon added after the rice is cooked

Simmer on very low heat until thick, around 90 minutes.

When it looks thoroughly cooked, remove from heat and stir in:

3-4 Tablespoons Sugar (or more if you are so inclined)

Your choice of fresh or frozen berries and sugar will make a lovely sauce, or you can simmer that combination with cornstarch and a little lemon juice for something with a little more body.

Whip until it holds its shape:

Chop by hand or in a food processor:

Fold the whipped cream and chopped almonds into the chilled rice pudding.

Dish into serving bowls.  In one of the bowls stir in:

One Whole Almond, blanched and without skin

Serve with a red-berry sauce—Strawberry, Raspberry, Cherry or Lingonberry.

The one who finds the almond gets a prize!  (note…don’t forget to get a prize)

Eat it for Breakfast—-sprinkle with Cinnamon and a little Sugar or Maple Syrup.

This is another cup from the Tokheim Stoneware in southwestern Minnesota, and a small ice cream spoon that Scott brought back from Sweden. 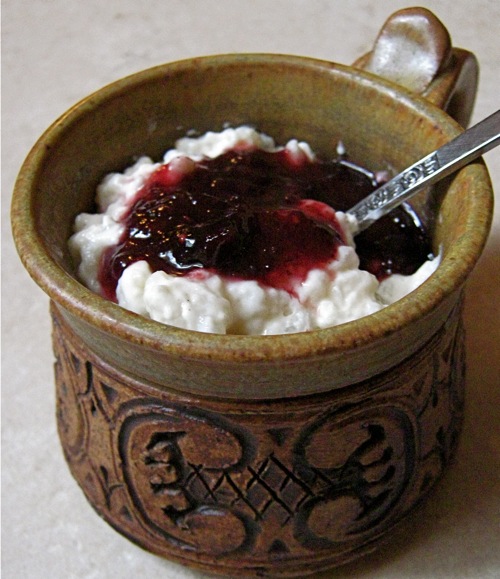