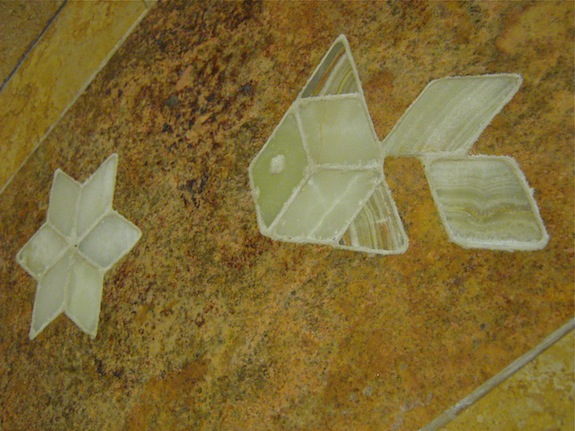 This is a stone tile creation by Scott of limestone and onyx.  A fun little bathroom design and another photo distraction to entertain—like the previews before the movies, sometimes they are the most captivating part of the show! 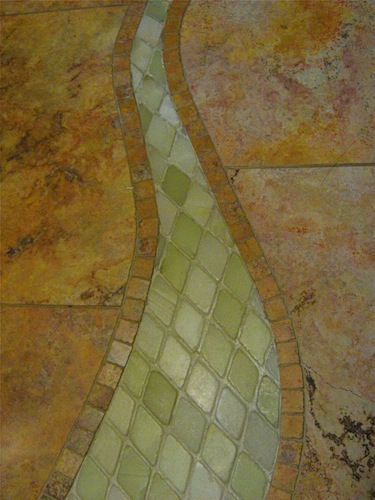 A couple of months ago I heard on the radio (my main form of outer world communication these days) an interview with my former chef/teacher Lenny Russo at the Minnesota State Fair.  He made the comment that star anise is grossly overused in the restaurant scene, it is such a distinctive flavor that people should really be certain they want to use it before chucking it into a dish…it’s not a spice to be used casually. 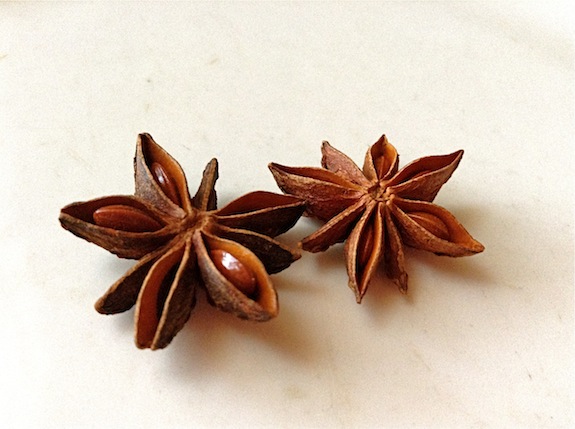 So the fact that I’m living in a bit of a remote bubble these days means I didn’t know the culinary world was awash with star anise overuse and abuse…ah the joys of ignorance.  But I would probably agree with Lenny, that you should really want the flavor before partnering with star anise.  It isn’t like the adaptable nutmeg or celery or cinnamon that can adapt almost invisibly to most environments.  It’s more like saffron, or maybe dill.  It’s like inviting that friend to your dinner party who tells great stories but has a distinctive personality…they could be the life of the party and inspire everyone to mamba all night long, or they could talk too much while your other guests are feeling overwhelmed, suddenly realizing they need to get home soon for a very important dental flossing.

But don’t let that scare you off!  Star anise is amazing.  It’s a distinctive part of Five-Spice Powder, along with cloves, cinnamon, fennel and black or Szechuan pepper.  The licorice-like tendencies go well in savory dishes with duck, pork, chicken or tomatoes, and in sweets like cookies, jams and teas.  For centuries it has been used for its medicinal and anti-bacterial properties: as a digestive aid, for the treatment of asthma and flu, and for the treatment of rheumatism (to name just a few). 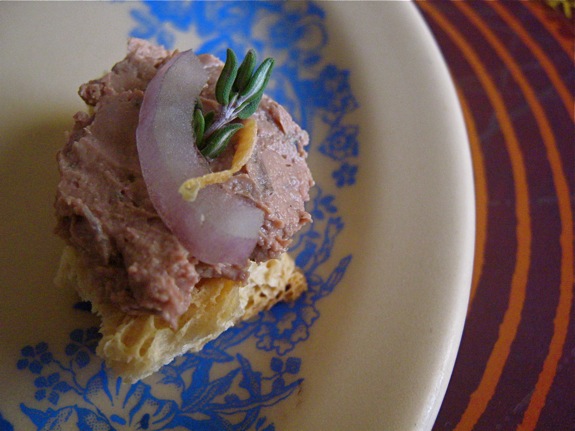 These quick-pickled onions are a tasty condiment to many a dish, and yes, the flavor of star anise was fully intended to be there.  I served them with Bacon and Liver Pâté on crostini with orange zest and fresh thyme…not a bad holiday appetizer.  Not bad at all.

Cook Time: 10 minutes, then a couple days of marinating

These can be made a few weeks ahead.

Simmer in a heavy non-reactive sauce pan a few minutes:

Add and simmer for 1 minute:

Let cool, then transfer to a glass container and marinate in the refrigerator for a few days.

Serve with appetizers or as a side with main dishes — they are especially great with duck, chicken or pork.