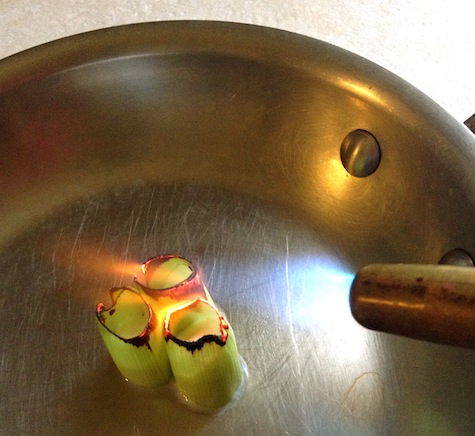 All I had was a blog photo from a dinner at the Faroe Islands restaurant KOKS and the deducing began.  Regardless of what their version actually was, these niblets may have been my favorite part of the dinner—this and the celeriac purée.  Fortunately there were extra burned leeks for snacking as we cleaned up the feast and sipped our sherry and aquavit. 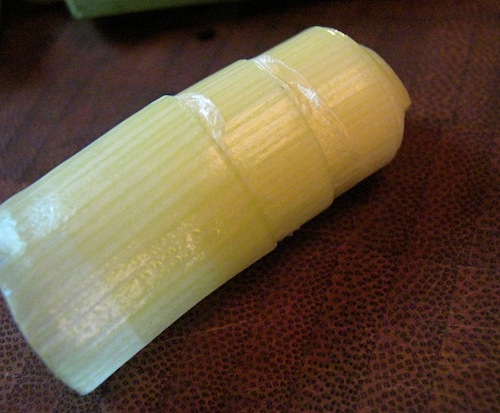 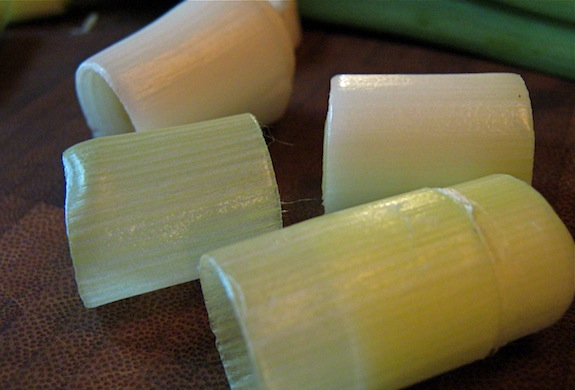 It takes a zen approach in separating these leek layers intact…ease…don’t rush…. 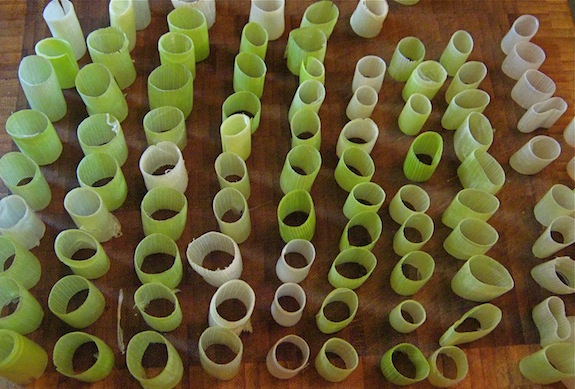 Voilá!  A way to spend an afternoon. 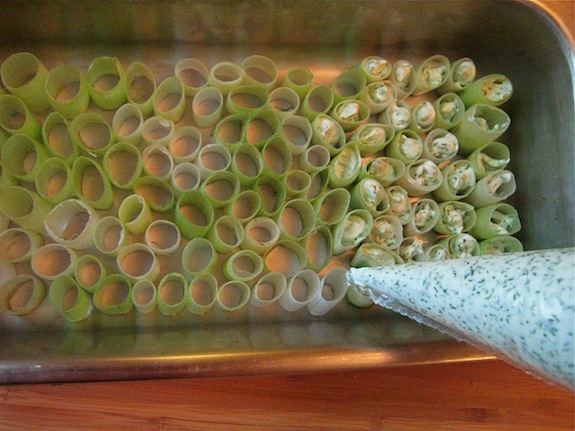 The things we do for entertainment in the country. 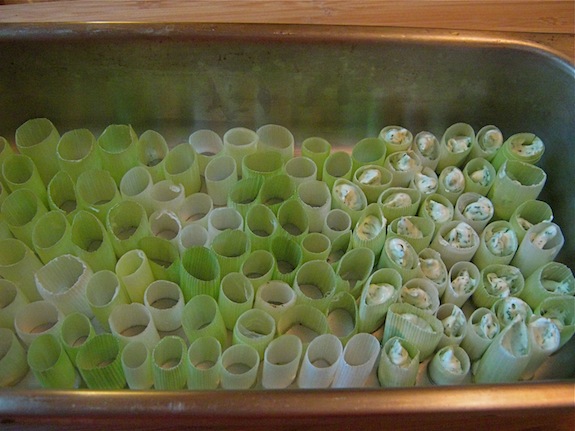 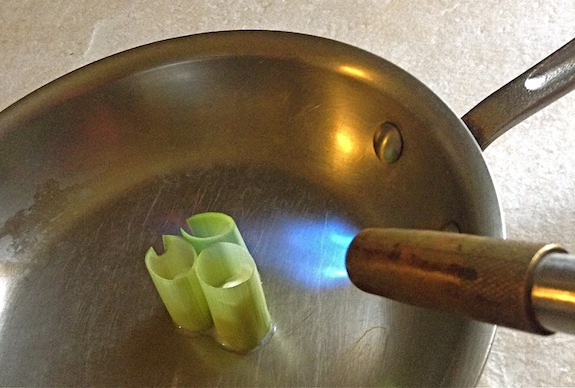 I forgot to take photos of the burning-of-the-leeks for the big dinner (it was 5:30 a.m.) so here are a few to give an idea of the process.  Keep the flame a few inches from the leeks so the lower half can cook as the upper half is being lightly scorched.  It doesn’t take long.

There are oh so many ways to spend a lot of time on food that doesn’t fill you up!  But diminutive as they may be, these bites would make a tasty appetizer by themselves or coupled with any kind of salmon.

Bon Appétit in this holiday season

Carefully separate pieces into tubes.  They often split so have extras.

Pulse chop then puree in a food processor, or whisk:

Transfer the Dill Cream Cheese into the leek tubes with either 1) a tiny spoon or 2) in a piping bag or 3) in a thin plastic bag—snip the corner for a make-shift piping bag.

These can be stored covered in the refrigerator for a few days.

When ready to serve place the filled leek tubes on a flameproof surface.  Using smooth motions with a small propane torch, singe the tops of the tubes until burned.  The heat of this will cook the lower half of the leek tube.

Serve warm or at room temperature.  These go quite well with salmon. 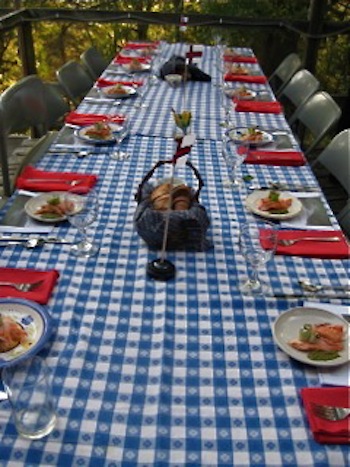