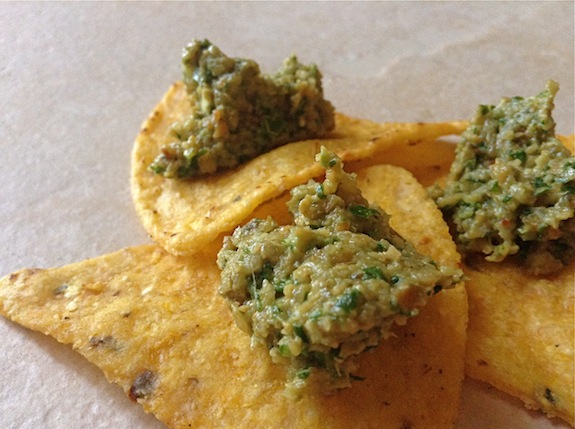 If it’s going to continue to be gray outside, it might as well snow a little—and it is!  White flakes are showering down and I’m grateful for even a small change in these overcast days.

Here’s a tasty and healthy little snack for the holidays.

‘Sikil P’aak’ is the Mayan name for this kind of dip, though usually it would include tomatoes since ‘p’aak’ means tomato.  ‘Sikil’ means pepitas, or pumpkin seeds, which were also an important part of the diet of ancient Mexico, Central and South America.  They’re loaded with manganese, tryptophan, magnesium, phosphorus, copper, protein, zinc and iron—check out more about these nutrient packed morsels at World’s Healthiest Foods.

Most pepitas raised for consumption are without hulls.  Some of the common varieties of pumpkins that produce hulless green seeds are Lady Godiva, Austria Oil Seed, Gleisdorfer Naked Seed, and Kakai Hulless pumpkins.   If you’ve ever dried and toasted squash seeds you can understand why hulless varieties are so awesome!  Some of the hulls are like gnawing through a grass rug. 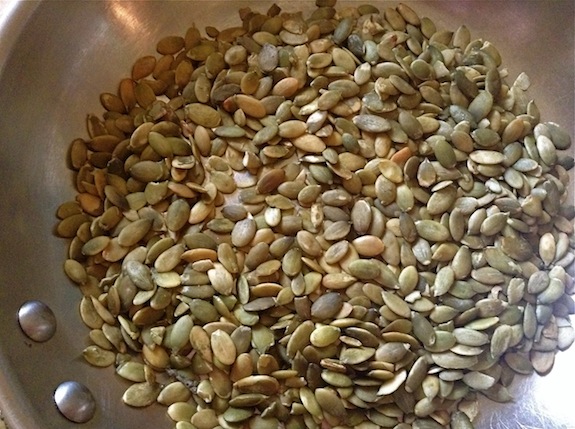 Nuts and seeds can quickly go from perfectly toasted to scorched and bitter…be careful they don’t burn. 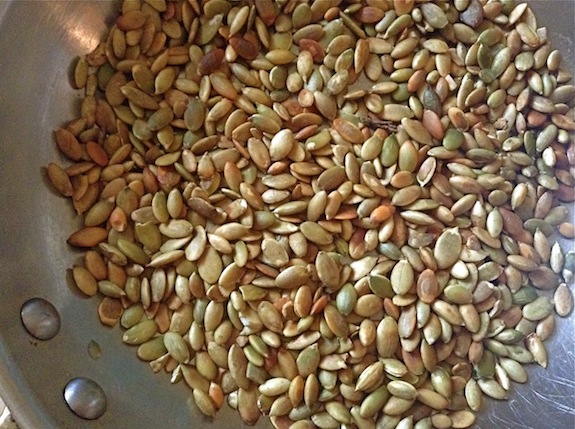 This was based on a recipe by Mike Isabella of Bandalero in Washington D.C. and I of course altered a few things.  Their “Modern Mexican” menu looks fabulous, I may have to ask my D.C. sister to go on a scouting mission!

May you have safe travels, warm welcomes, and good eats during this holiday season!

Toast in a dry skillet or in the oven:

They will begin to lightly pop, remove from heat before they burn.

Transfer to a food processor.

1 Jalapeño, de-seeded and diced (around 1 Tablespoon, or more if you like)

Cook on medium heat until onions are translucent.

Let cool and transfer to the food processor.

Serve with vegetables, turkey, corn chips, or on a spoon.

An oldie but a goodie. 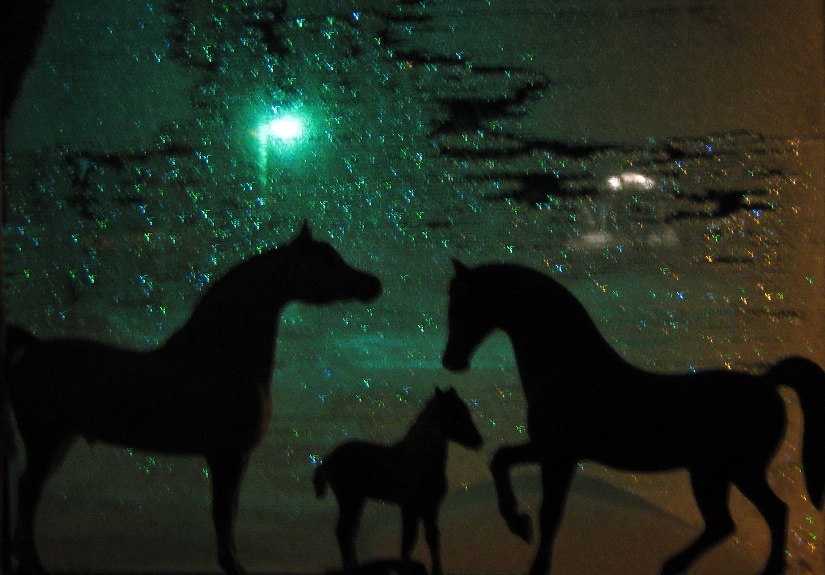