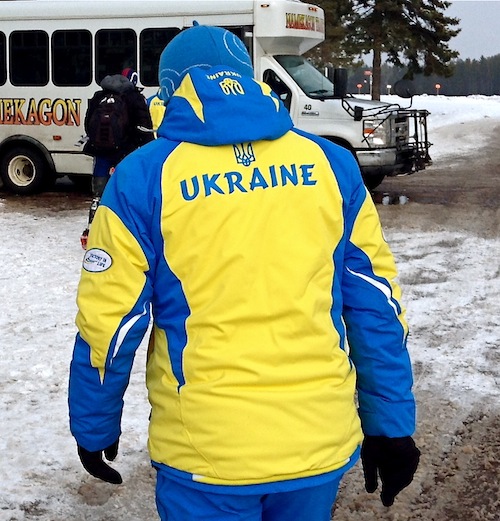 I finally got a good photo of the Ukrainian jackets at the International Paralymic Championships here at Telemark, they’re beautiful.  I wish I would have had a cool jacket to trade with him… 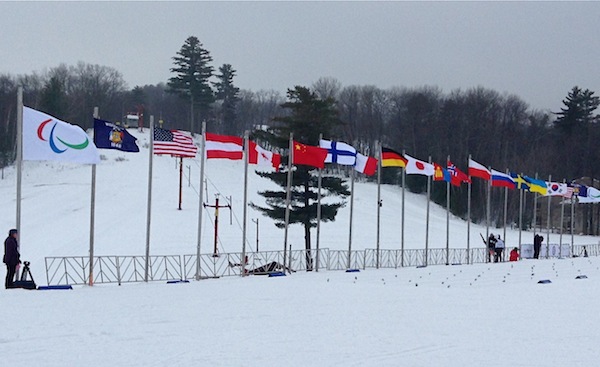 For more amazing footage check out the video of the 2014 Paralymic Winter Games in Sochi. 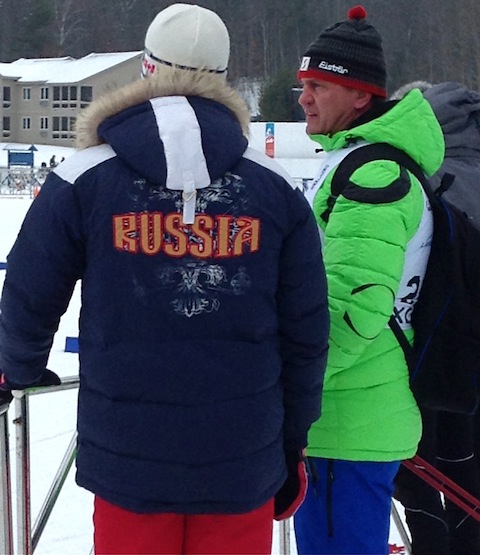 A much better shot of the Russian jacket.  The Russians and the Ukrainians were even hanging out part of the time….

A week after the IPC we went to see the Wisconsin Cross Country State High School/Middle School Championships that were also held at Telemark.  A lot of young athletes that were equally inspiring.  With the rock-star success of the Women’s U.S. Ski Team over the last few years and the Fast and Female programs started by Canadian Olympic Gold Medalist Chandra Crawford, the numbers of middle-school-age girls in cross country skiing has exploded, especially here in the upper midwest.  They have some kick-butt role models and are inspired to take things to another level.  As one young lady expressed, “Jesse Diggins doesn’t snowplow down hills, so I won’t either.”

Sometimes it just helps to have heros. 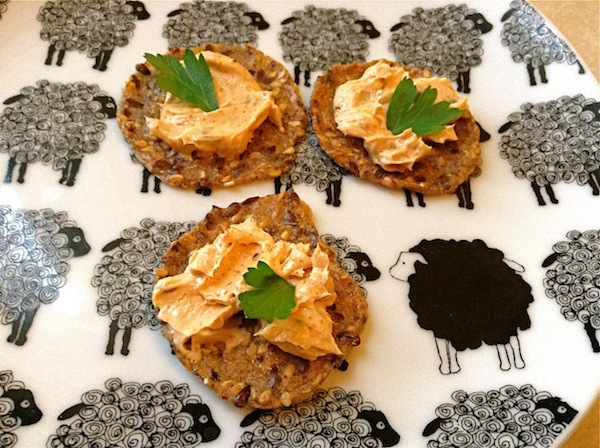 We’ll jump to the food without any segue.

Liptauer:  The “famous Hungarian paprika cheese spread”.  Never heard of it?  Well now you have.

Here it was served with gluten free Mary’s Gone Crackers on an adorable plate from my aunt, all of it made before this Northwoods Adventure began.  Sometimes the blog-work has to happen ahead of time. 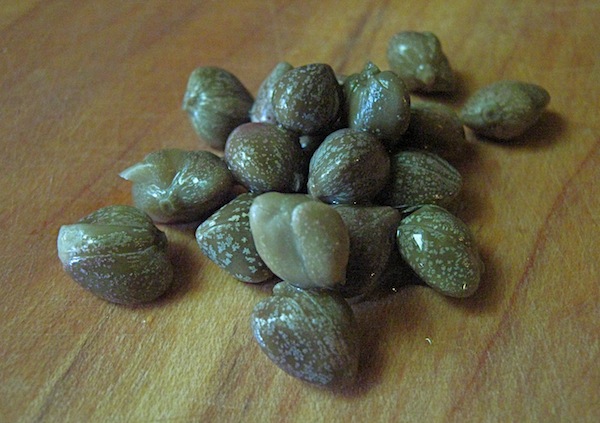 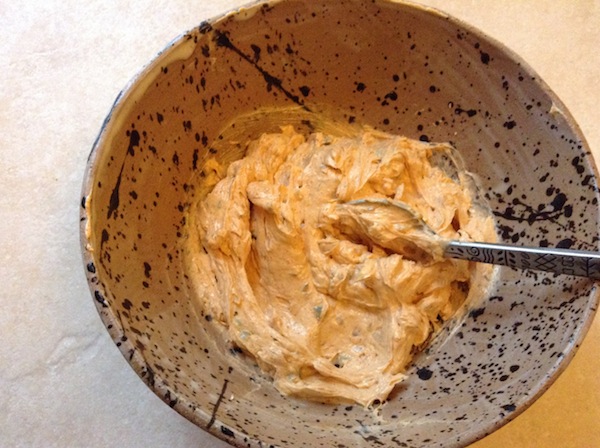 I used to make this spread as a sandwich filling back in the Deli days, served on dark rye bread.  People who loved the Austrian/Bavarian/northern European foods salivated over the pungent flavors mixed with the caraway.  Capers, onions and caraway…it might not be for everyone, but it is definitely for some.  I could imagine this would go well in cold weather with a room temperature dark chewy beer.

Cream together in a bowl:

Dash of Dijon or Brown Mustard

Serve on a dark bread, Mary’s Gone Crackers, or other hearty-flavored crostinis.

Amazing prosthetic legs—some athletes skied with them on, some took them off and used sit-skis. 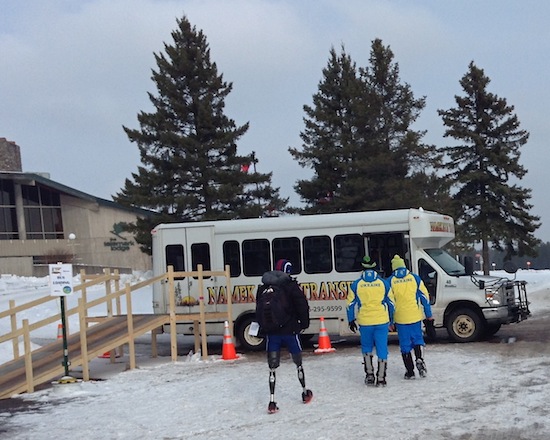