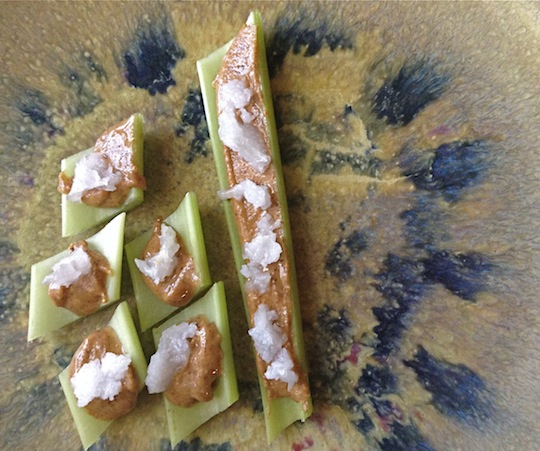 A ridiculously simple snack it is, yet it’s been a (sometimes daily) staple for us when we need a no-grain high-protein crunch.  If you’ve ever done a cleanse-diet or a few weeks of eliminating sugars and grains and reducing carbs, you know the near-desparation that can set in as you search for something you can eat.  This provides a satisfaction that is hard to describe if you’ve never experienced that frantic hunt for foods that are not sugars or grains—it’s fast to make, fulfilling with its protein and fats, and saves the blood sugar crash.

There are numerous brands of the organic virgin coconut oil: Nutiva, Dr. Bronners and Spectrum to name a few.

You want to avoid the oils that were the subject of the studies which gave it a bad name those many years ago—the processed partially hydrogenated and refined coconut oils which contained trans fats.  No need to go back there.  Everywhere you look these days you can read about the benefits of unrefined coconut oil, for more about the change in the medical world’s opinion about it click the article by MedicalNewsToday.com. 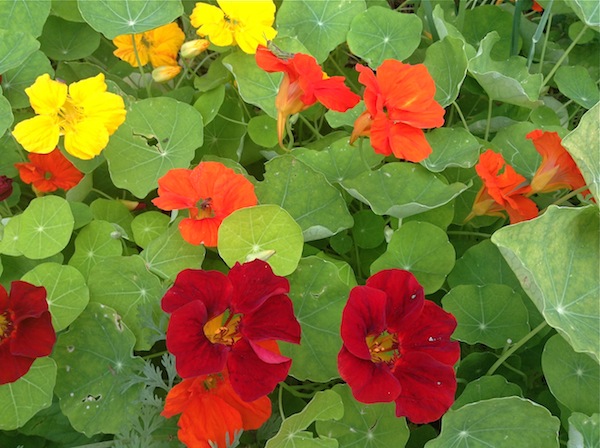 A brown speckled bunny has been living in our yard for the last few months.   In May we would spy her sitting quietly and staring at the garden as though just waiting for those sweet shoots to come popping through the ground and be her snack d’ jour.  When I first saw this furry squatter I was dreading the inevitable massacre of the garden, but this is turning out to be a very unusual creature.  She hops only a few feet away when we’re around but in general seems to have no fear of us.  I then became worried (while simultaneously cursing it for being near my garden) that such a fearless rabbit would not last long around the local predators.  For a while she had taken to nesting in a small dip in the yard, maybe 6 feet from our walkway and with absolutely no cover, unsheltered and out in the open watching the passers-by making their way along the sidewalk.  What bunny does this?  Is this a special-needs bunny, or just someone looking for a peaceful home?

We would talk to her every day as we walked by and she stayed nestled in her little indentation, seemingly unbothered by our presence.  So far only a few beet greens have been munched, but the green beans are turning out to be the official sacrificial treat.  I haven’t seen our friend for a few days until the other night we saw two bunnies in the neighbors yard.  Hmm.  I wonder how this will go… 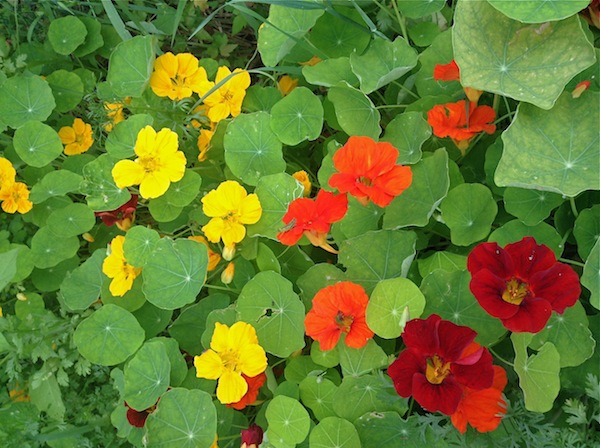 Almond Butter (or other nut butters)

Eat as much as you want 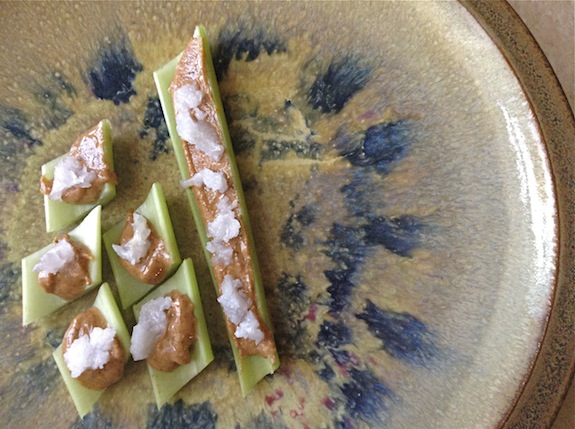