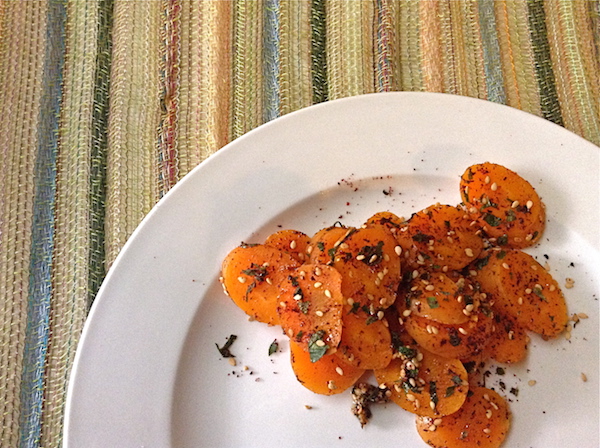 Za’atar is a delicious and versatile condiment originating in the fertile crescent of the Middle East.  It generally is made from oregano, sesame seeds and salt, and variations may include other herbs like sumac, savory, cumin, coriander, fennel or caraway.  Like so many regional condiments or sauces, families would have their own versions and protect these inherited recipes.

I love the tanginess of sumac so I definitely wanted a version with this dark red ‘berry’.

The furry berries on the right are from bushes growing near a park at the edge of the woods, and on the left is the ground sumac from a market.  The flavor is similar to hibiscus, tart and lemony, and is a distinct ingredient of many Mediterranean dishes like kebabs, rice, hummus, salads, and meats.  It’s also made into a sweetened sumac-ade, and Native Americans would include it with their tobacco smoking mixtures.  Poison sumac has white drupes, or bobs, and should be easy to differentiate from the dark red ones. 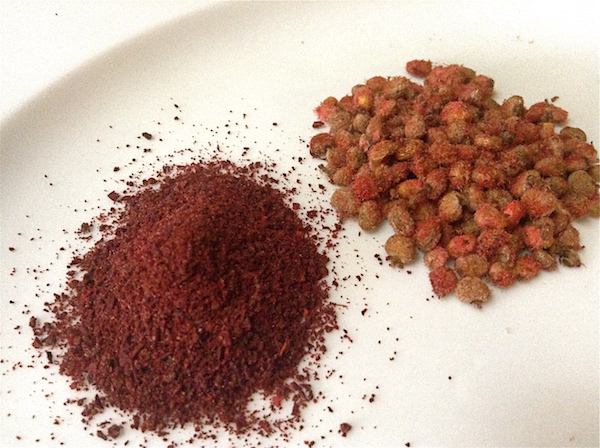 Another part of the intense flavor of za’atar comes from the toasted sesame seeds.  There is a certain magic that happens when these seeds are toasted, and if you’ve ever eaten toasted sesame oil you know the difference.  Only toast them for a few minutes because they burn easily.

I have fresh oregano in the garden right now but dried oregano and marjoram can also be used. 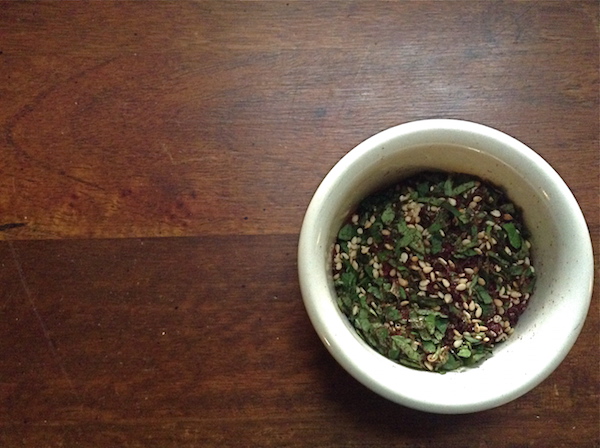 Za’atar can be used with: 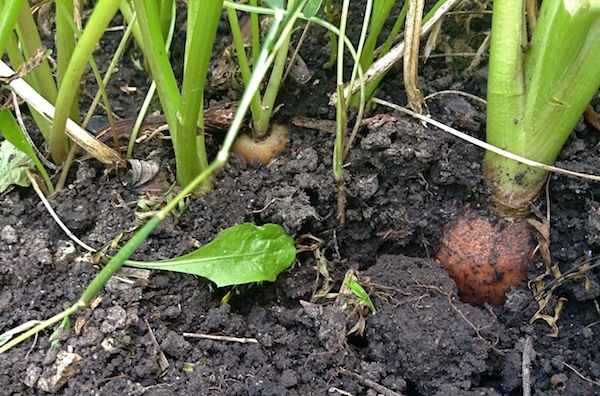 A few sweet carrots from the garden that the bunnies and deer left alone.  The beets and green beans were obliterated but the carrots, leeks, kale and basil were completely untouched. 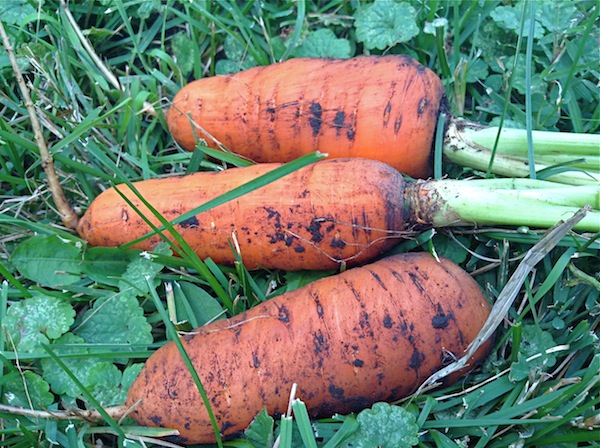 I’ve had a bowl of za’atar sitting on my table this week, trying it out on a variety of foods.  Try it—let me know of your experiments.

Use the extra toasted sesame seeds on salads or noodles—they’re tasty!

Slice carrots and simmer in a saute or sauce pan.

Last weekend my friend and artist Ellen Rockne played a show with a host of amazing musicians.  They ended the evening with Leonard Cohen’s “Anthem” that struck me deeply and has stayed with me for days:

“Ring the bells that still can ring,

There is a crack in everything

That’s how the light gets in”