Cooking Beans with Soda and Salt 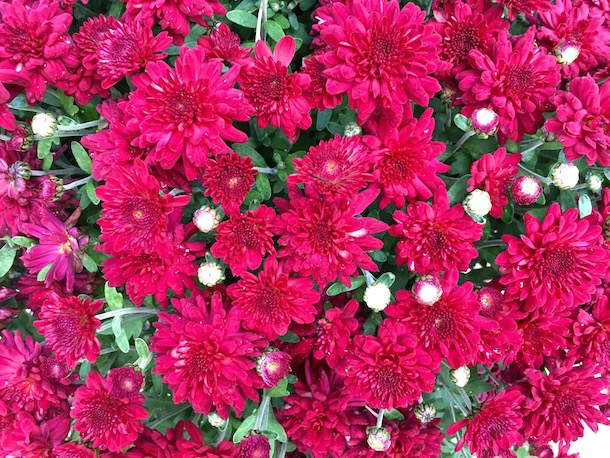 Fall and the Flowers that can handle it.

I’ve always loved Chrysanthemums because they were the only flower in bloom outside during my birthday season, and our mother had large bushes of orange mums growing in front of our house. They also have the word ‘mum’ in their name, and our mum was a great mum. I’m enjoying seeing their hearty colors everywhere these days and thinking of her.

I suppose it’s human to search for something that agrees with you.

With beans it’s the question of salt.  For years I have cooked beans the way I have cooked them, with salt, and for years I have heard that if you add salt to beans while cooking it will make them tough. It’s an interesting theory, but then I kept right on cooking beans with salt and they turned out just fine. I also have heard that cooking beans with baking soda can help with digestion, so it seemed time to investigate these two notions and what others have to say. 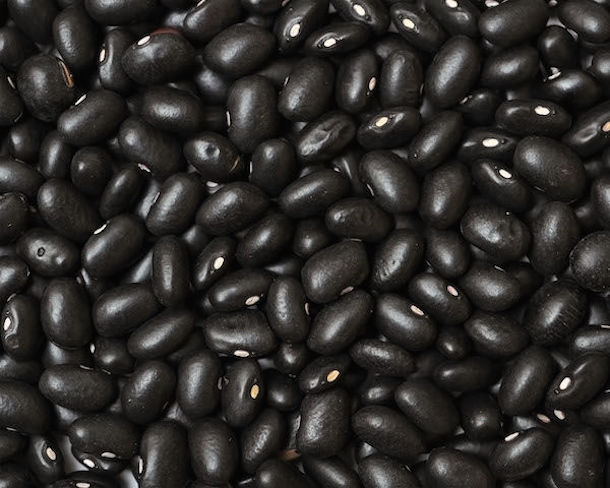 Since he can explain it better than I, here are a few paragraphs from an interview of Dr. Guy Crosby, former science editor of America’s Test Kitchen, talking with nutritionist Amy Myrdal Miller then posted on The Bean Institute:

On Cooking Beans with Salt

“The slow step in cooking dry beans is absorption of water into the beans to turn them soft, as well as gelatinize of the starch that must be cooked in order to be digestible. Water can only be absorbed into the beans through a tiny opening called the micropyle, so the process is quite slow. Soaking beans in water for many hours reduces cooking time. However, in a pot of beans some beans may cook faster than others. This can lead to some beans bursting their skins, while other beans may not be cooked enough to be soft and creamy inside.

Brining beans involves the same process as soaking in plain water except the brine contains a low concentration of salt (sodium chloride). During brining the sodium ions slowly exchange with calcium ions that are part of a very large molecule called pectin. Pectin strengthens the cell walls in the beans, and calcium strengthens pectin. So natural pectin can produce skins on the outside of dry beans that are difficult to soften and expand, and can eventually burst when the inside of the beans become over-cooked. Exchanging sodium for calcium ions during brining weakens the pectin so the skins become more flexible and can expand without bursting as the interiors to cook to a soft creamy interior.

Thus, brining accomplishes two things: Brining provides water to soften the beans and reduce cooking time, while simultaneously producing beans that do not burst while cooking to the desired soft, creamy texture.”

On cooking beans with Baking Soda and an alkaline environment:

So there. Salt and Soda. Gotta love science. 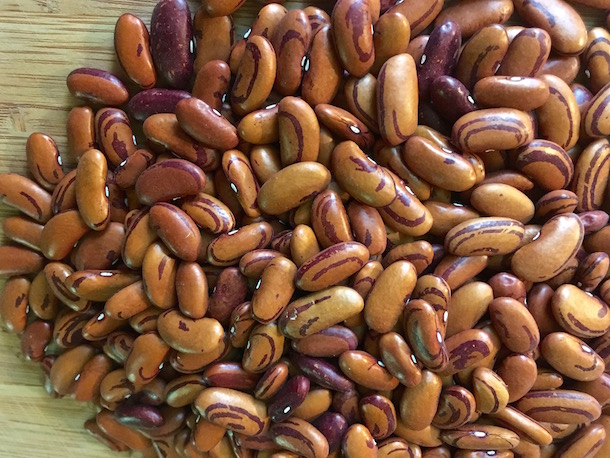 These are some gorgeous beans that my friend Hannah grew— Tiger’s Eye Beans originally from Chile and Argentina. What beautiful little nuggets. Below is a pile of my favorite standby—pinto beans, in a bowl made by Warren MacKenzie (aka St. Warren) himself from one of our visits to his Stillwater studio years ago. Visit here for more images of Warren’s work. 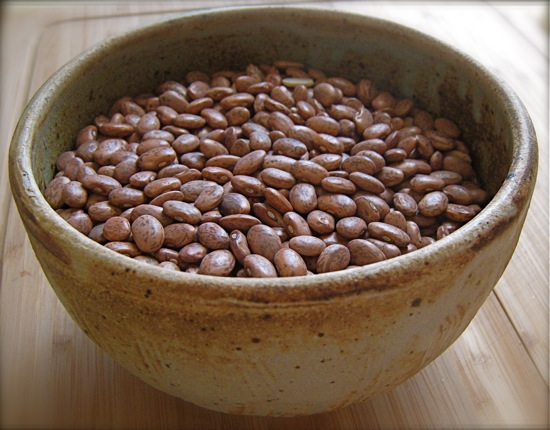 Other notes on Beans:

Cooking Beans with Soda and Salt

Cook Time: 1-2 hours depending on the beans

Check for stones or dirt, then soak overnight:

The next day drain the water, then fill pot with fresh water at least a few inches above the beans. Add:

Add more water and skim off the foam as needed.

Cooking times will vary depending on the beans.

Serve beans in everything from Breakfast to Brownies! 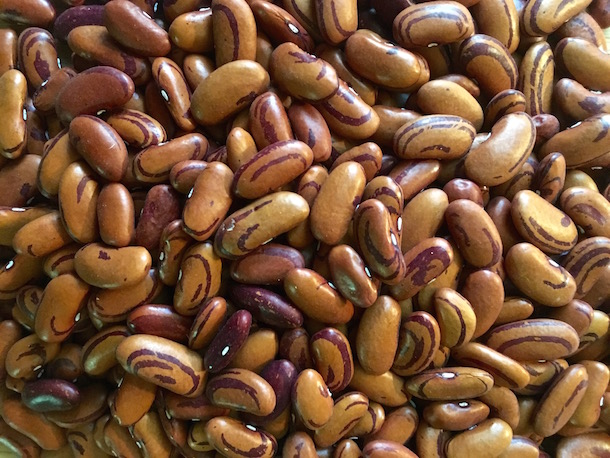 Please consider donating relief to help our neighbors displaced and suffering from the weather related chaos. Here, here and here are articles with tips on Giving during a time of crisis.

6 thoughts on “Cooking Beans with Soda and Salt”