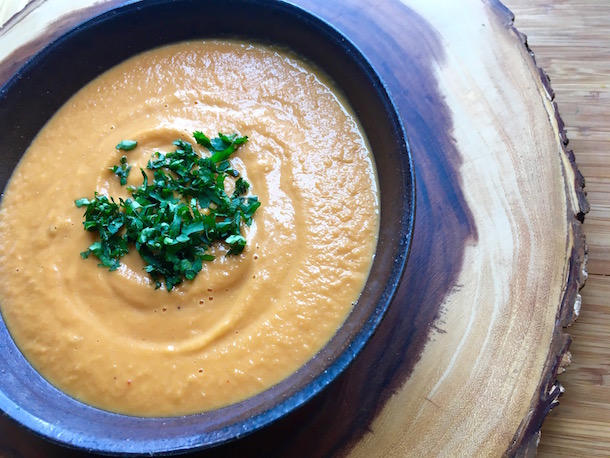 We made a version of this soup in the Deli but I seem to have misplaced the recipe so I’ve been trying to recreate it lately. I started with the basic ingredients of a classic peanut soup—peanut butter or ground nuts with sweet potato and tomato—then went from there. The recipe is based on soups common in western Africa, but interestingly those three ingredients originated in the Americas.

Peanuts probably originated in Brazil or Peru where there are pottery jars decorated with peanut images that date back 3,500 years ago. The Spanish conquistadors brought them from Mexico to Europe, Asia and Africa (where they became a staple of diet), and Africans brought the peanut back to North America in the 1700’s during the slave trade. Peanuts were known as ground nuts, ground peas, or ‘goober pea’—the word goober comes from the Congo name for peanuts – nguba. I remember singing the song ‘Eating Goober Peas’ in school as a kid and wondering, before the age of Google, about the origins of that name.

Like James D. Nicoll said on the ridiculousness of thinking of English as a pure language, “We don’t just borrow words; on occasion, English has pursued other languages down alleyways to beat them unconscious and rifle their pockets for new vocabulary.” 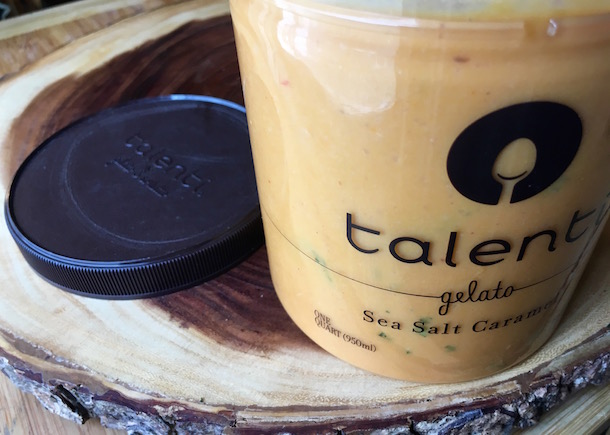 As we’re readying for the trek northward and eventually to the remote cabin, this soup will be frozen and packed up for the trip. You may be noting the Talenti gelato container (which I love using for all kinds of storage) and that this is a one-quart size instead of the more common pint size. Apparently we have some gelato moments around here.

1 inch fresh Ginger, minced (or wait and use 1 1/2 teaspoon Ginger People Ginger Juice when you add the liquids)

After a few minutes add:

Generous Pinch of Cayenne, or to taste

Simmer until sweet potato is soft, around 20 minutes.

Remove the Bay Leaf and add:

Transfer to a food processor and puree until smooth.

Taste and adjust. Reheat to serve.

Anyone over a certain age might recognize that spiral cord in the background….yep, that’s right, a landline phone cord. It’s not just a landline phone, but one with an actual cord connected to the receiver instead of a cordless. Call me archaic, but the sound quality on a corded landline is like nothing else and I can’t quite give it up. 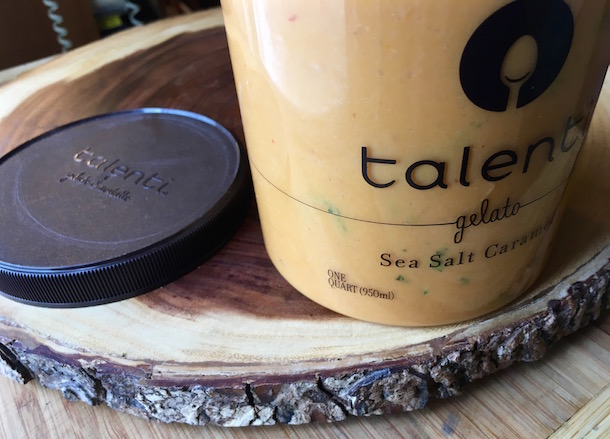 “Nothing ever goes away until it teaches us what we need to know.”