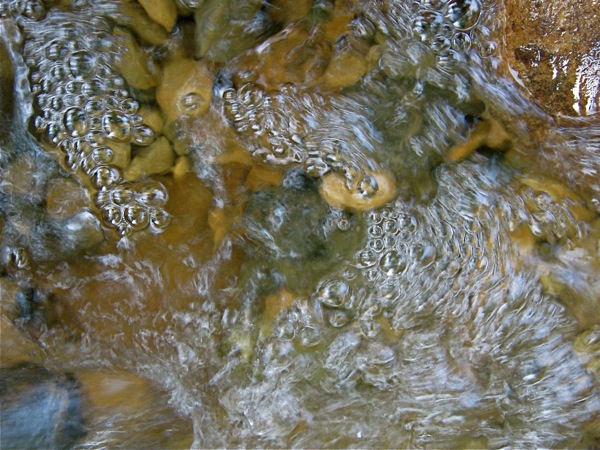 Here are a few bubbles to lighten your day.

Recently we visited friends in Minnesota who work with a large CSA and they graciously bestowed upon us piles and PILES of fresh rosemary—I felt like I had won the lottery!   I know people in North Carolina whose rosemary grows into giant shrubbery (small trees!) around their house…but it is rarely seen in that kind of abundance in these chilly wintered lands.

My friend suggested making a rosemary sage pesto which made perfect sense: an abundance of green herbs that I want to preserve for winter use…making a paste or ‘pesto’ is the logical step.  So that’s what I did. 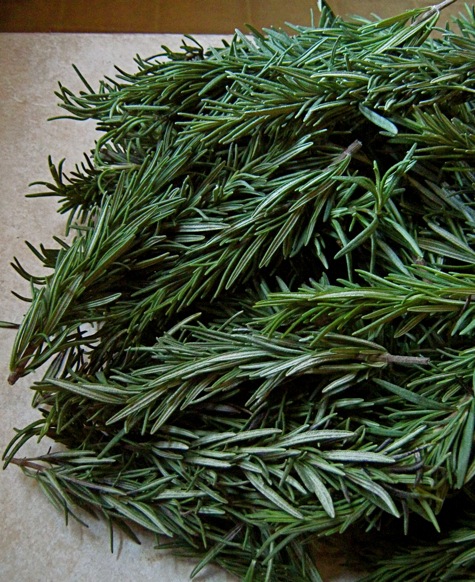 Blending herbs with an oil (like olive oil) does a few things: it helps seal in the herb’s volatile oils which preserves the flavor, and it delays freezer burn.   Olive oil doesn’t prevent oxidation which turns everything brown, but I think it at least slows it down.  Acids like lemon juice or ascorbic acid help to stave off oxidation, as does blanching—many recipes recommend blanching basil before making pesto—heat destroys the enzyme that causes oxidation and discoloration.   I did not, however, blanch the rosemary! 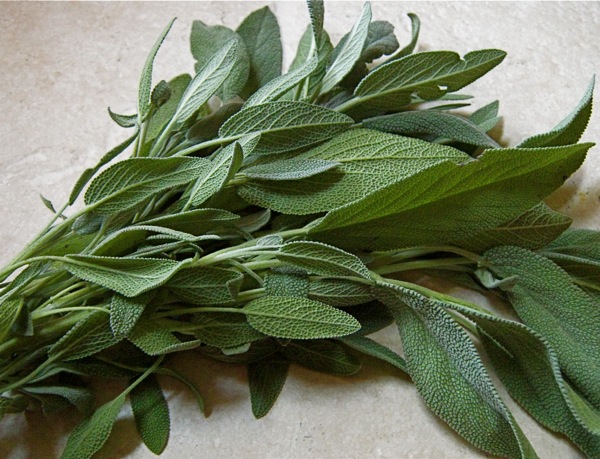 I made two different varieties of pesto:

….. Some with rosemary, garlic, olive oil, salt and pepper.

I usually freeze my herb mixtures at this stage (I call it “Base Pesto”) then add the grated cheese and chopped nuts later when I’m ready to use it.

If you freeze your pesto in glass jars, use the wide-mouth canning jars—they are made to endure freezing and boiling temperatures.  Leave around one inch of airspace to allow for expansion.

On the right is a Speckled Roman heirloom tomato that I saved from the frost, they are quite tasty. 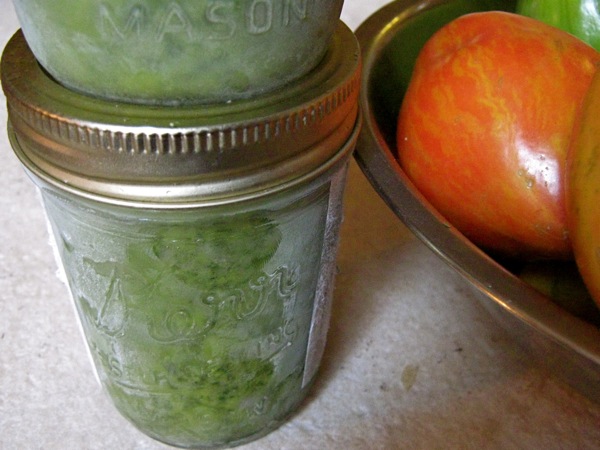 Coarse chop and put into a food processor:

2 cloves Garlic (adjust it to your to taste)

Pulse chop a few times to get everything mixed, then

drizzle in while processor is running:

Eat fresh, or freeze it as you would Basil Pesto—small quantities are handy to have on hand.  Some people freeze pesto in ice cube trays to give them small cubes for later use.

These are some photos that Scott took of a water feature he built.  I don’t know what it has to do with Rosemary Pesto, but they’re cool…especially that rock in the lower left. 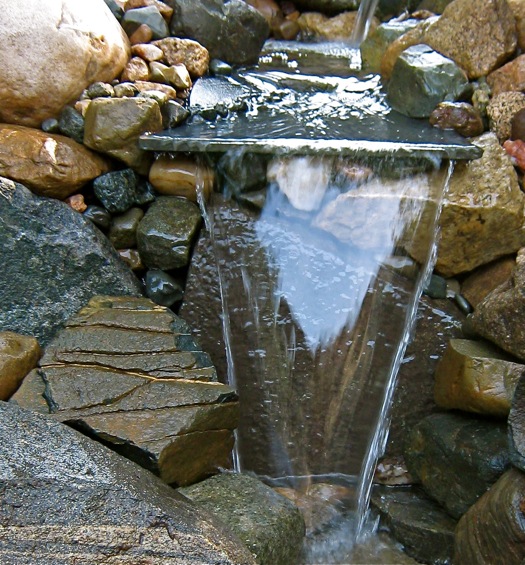