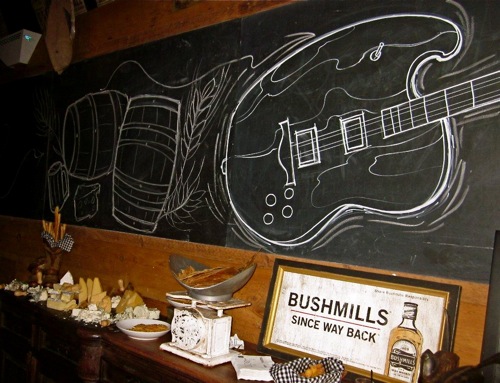 Time for a little celebration.

Last week was the unveiling of the collaboration between Justin Vernon of the band Bon Iver, Bushmills Whiskey, and Gordy Bischoff of Bischoff Guitars.  What collaboration?  Four acoustic-electric guitars made from…you guessed it…whiskey barrels!

We’ll get to the guitar photos in a moment, but since this is a food blog I’ll show you the cake first—-a local pastry chef made a cake in the shape of the “1608” whiskey-barrel guitar for the Preview Party in Eau Claire, complete with the Bischoff logo and the Bushmills brand: 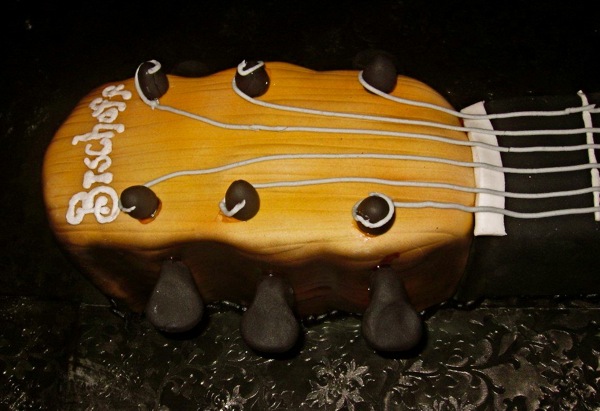 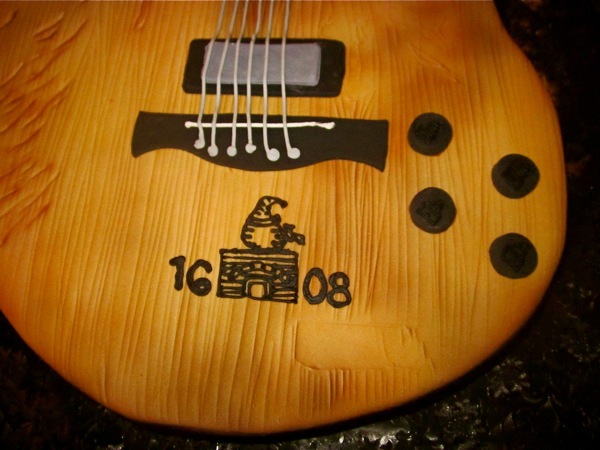 Both from Eau Claire, Wisconsin, Justin and Gordy have known each other for years. Bon Iver uses Bischoff guitars in the band…so it was an obvious choice for Justin to call Gordy about being involved with the Bushmill’s “Since Way Back” project celebrating close friendships and camaraderie among artists.  Many-a-month they have been working on this venture, but now the four guitars are finished and ready for action.

This storyboard from Bushmills shows how the project happened, including the white oak whiskey barrels being sent to Eau Claire, Wisconsin from Ireland: 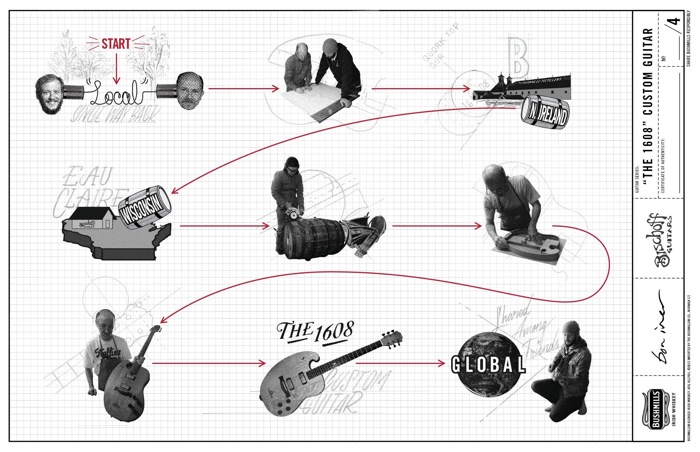 This is a great Video documentary about the process of making the “1608” guitar narrated by Justin and Gordy. 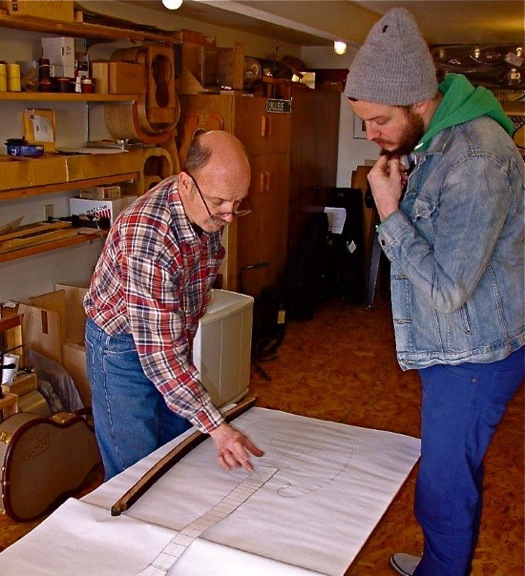 The Master at work… 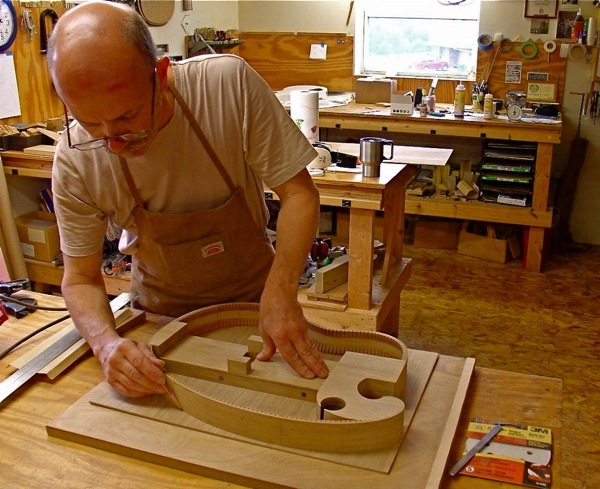 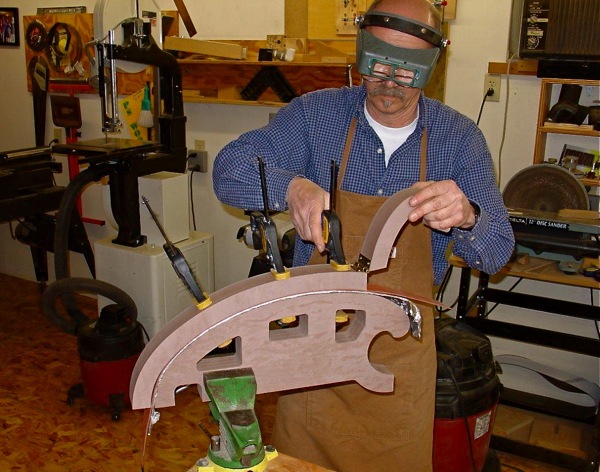 This was a brand created specifically for the guitars, featuring the image of the old Bushmills still. 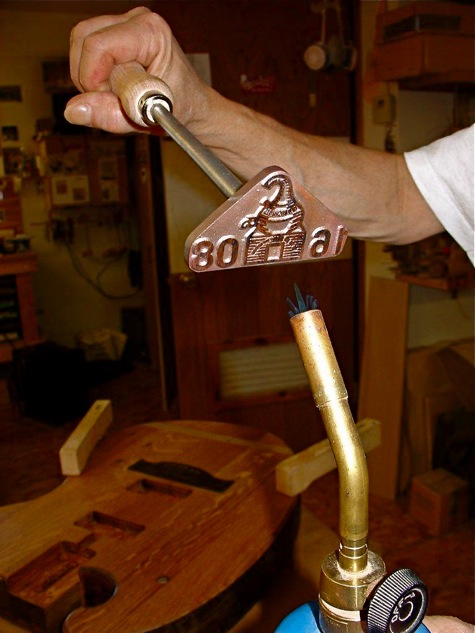 One of the four whiskey-barrel baritone acoustic electric guitars will be auctioned on ebay to raise money for the Confluence Community Arts Center to help the Performing Arts in the Eau Claire area. The auction ends November 1st! 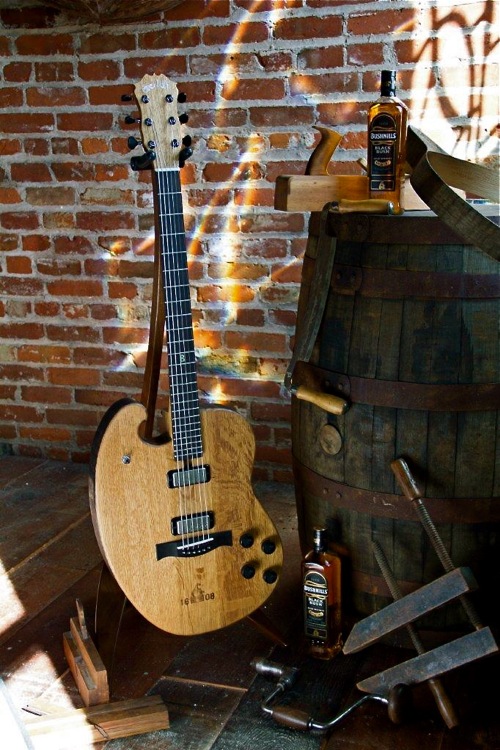 After the big party on October 21st celebrating the guitar project’s unveiling, my sister said her favorite drink of the evening was this little gem: 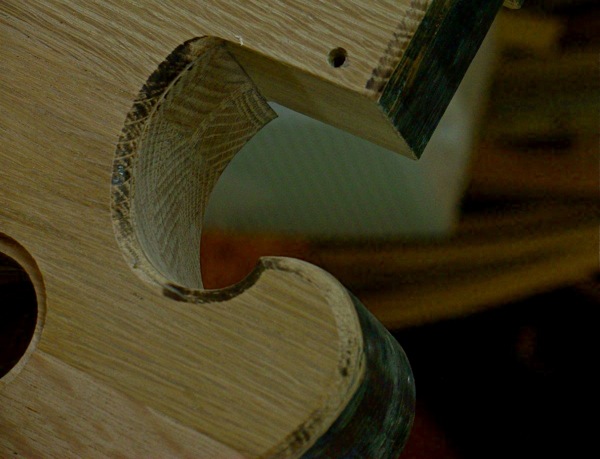 Why am I writing about this?

Because it’s cool, and because my sister is married to Gordy the Luthier!

Last winter we stopped in to visit them and it happened to be the night of the big “Yes” for the deal between Gordy and Bushmills….so we of course had to celebrate!   We needed a Bushmills addition to the meal so we made up a vinaigrette with the 10 year old whiskey, and it was tasty so I thought it should be shared.

There is no vinegar, but the lemon helps to temper the honey and the orange, and the mild sulfur bite of red onion is a perfect match for this slightly sweet blend.  Next time I might try a splash of cider vinegar, just for kicks.

Warm in a pan:

2 Tablespoons Orange Juice (as fresh as you can get)

Whisk the Orange Juice and Honey together with:

Toss with Arugula and Lettuce or Salad Greens.

Top the salad with:

Red Onion, sliced thin (if the onion is too strong for your tastes, soak the slices in salt water for 5 minutes, then drain)

Eat while listening to guitars; before and after playing guitars; or while dreaming about guitars

Friends ‘Since Way Back’ 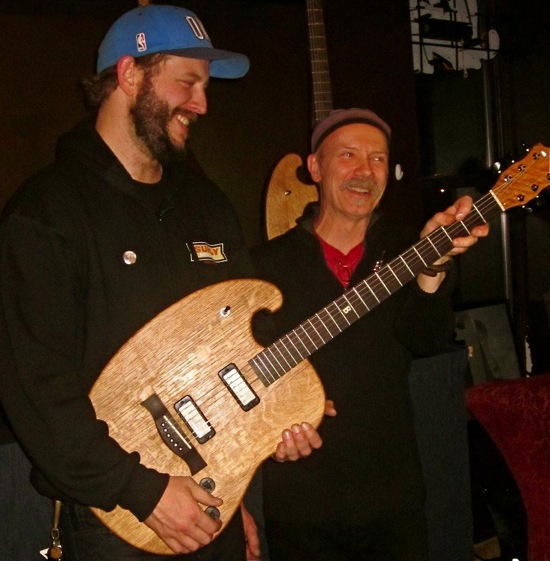